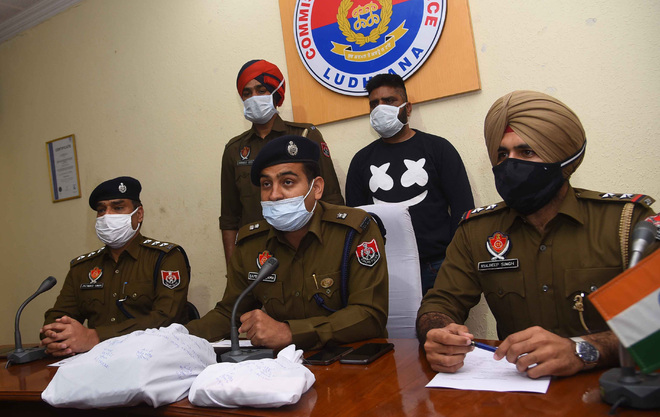 The Ludhiana police claimed to have arrested a notorious drug peddler and recovered 4,020 intoxicating tablets from his possession.

The accused has been identified as Raj Kumar (46), a resident of Gopal Nagar, Haibowal. He also had a notorious past as a case of drug smuggling was also registered against him in 2019 in Jagraon. ADCP Sameer Verma conducted a press meet in this regard.

The ADCP said a tip-off was received that the accused was into the smuggling trade and he was on the way to deliver a huge consignment of banned drugs to his clients.

Accordingly, the police laid a naka at a spot where the accused was stopped. When he was asked to produce the bill of the medicines, he failed to do the same.

Verma said later during the probe, it was found that the seized medicines were banned intoxicating tablets.

During the preliminary probe, the police found that the accused runs a salon near the DMCH where he book clients to sell the banned drugs. Two of his aides Bobby Sharma and Dhiraj Kumar of New Patel Nagar were also in the illegal trade and are at present lodged in a jail.

The accused disclosed that he had bought the banned medicines from somebody residing in Kila Mohalla .He would also be booked in the case. The police are expecting to bust the entire supply chain of banned drugs in the case.