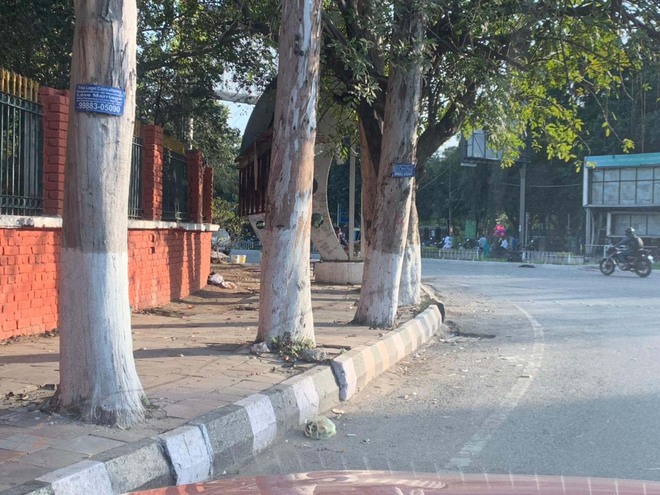 A city resident and president of the Council of Engineers has filed a petition with the National Green Tribunal (NGT) against fixing of solid pavers (inter-locking tiles) and concrete over roots around trees as well as in green belts along roadsides in the city.

The petitioner, Kapil Arora, said he had made the authorities of state, PUDA, Local Government Department, Punjab Pollution Control Board, GLADA as well as the Municipal Corporation as respondents in the case. He has submitted a petition with the NGT, seeking directions for the removal of interlocking tiles as well as concrete around trees as well as from green belts along roadsides.

He said: “It is a well-known fact that roots of trees absorb water, oxygen and other nutrients essential for their growth and development. Concrete over roots damages critical root structures and inhibits the trees’ ability to absorb water and oxygen. It may result in the death of trees. The development authorities should leave open space of one meter radius around trees.”

He has also written a complaint to a PAU official against the fixing of interlocking tiles/concrete by the department in the one-meter radius of trees at various points on the premises of Punjab Agricultural University.