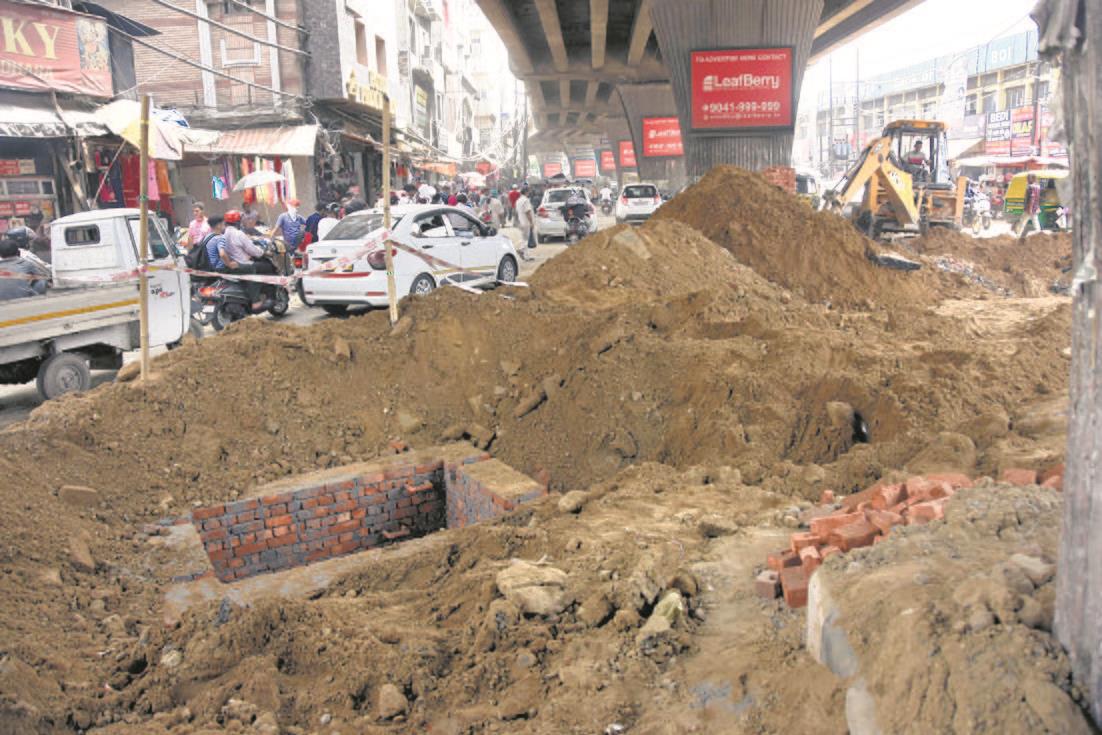 The work to install the storm water drainage system going on near Clock Tower in Ludhiana. Photo: Ashwani Dhiman

Commuters and shopkeepers are continuously facing inconvenience due to the ongoing storm water drainage project near the Clock Tower here.

When the project was started, MC officials had claimed that commuters would not face any inconvenience but traffic snarls due to the ongoing work are common there.

As the road was dug up for the installation of pipes, flying dust has also increased woes of the commuters and shopkeepers. The shopkeepers complained that plumes of dust that fly each time a vehicle crosses flows into their shops the whole day. Some traders could be seen sprinkling water as well to avoid the dust. They want the MC to complete the work at the earliest and then reconstruct the road.

A trader, Simranjeet Singh Sheri, said: “We are facing a lot of inconvenience due to the ongoing project. Our business has got affected. After the road portion was dug for the installation of pipes, a large number of dust plumes enter our shops. We want the MC to conduct the work on war footing. Also, necessary steps should be taken to avoid dust and the stretch should be reconstructed.”

The MC is installing the storm water drainage pipes on a stretch between Rekhi Cinema Chowk and an old nullah (drain) near the Bhadaur House. The underground drainage pipes will have to be connected with the drain. In the absence of a proper drainage system, the commuters are generally forced to pass through knee-deep water near the Clock Tower during rains.

Notably, a senior official of the MC on May 22 had stated that the project work was expected to be completed within a month.

Executive Engineer Pardeep Saluja said the work was going on at the site and the deadline for the project was June 30.