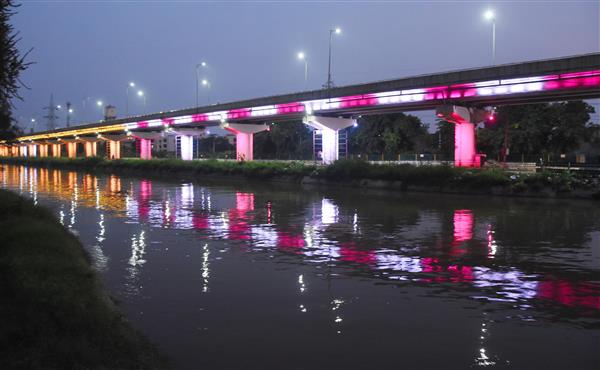 The 24x7 canal water supply project is expected to be launched soon as a request for proposal (RFP)/tender for the first phase of the project at an estimated cost of Rs 1693.37 crore has been floated. The project is funded by the World Bank & Asian Infrastructure Investment Bank.

The Municipal Corporation (MC) had earlier purchased land to set up a water treatment plant at Bilga village. The treated water of the Sidhwan Canal would be supplied to the people in the city under this project.

Now, Punjab Municipal Infrastructure Development Company (PMIDC) on behalf of the MC, Ludhiana, has invited online proposals from eligible proposers for the design, build and operation of 580 MLD water treatment plant and associated transmission network and over head service reservoirs in the city. These works are included in the first phase of the project.

According to the MC officials, the estimated cost of the first phase of the project is Rs 1422.64 crore while Rs 270.73 crore would be spent on operations and maintenance for 10 years.

For the water supply system, a 165-km-long pipeline would be laid while the corporation has identified 139 sites for overhead service reservoirs (OHSRs) in the city. New OHSRs would be constructed atover 50 sites while existing OHSRs can be rehabilitated if required.

Notably, the MC had earlier announced that a new utility company would be launched for the water supply project. The chairperson of the company will be the Mayor while MC will also nominate two elected councillors as directors of the company.

On Tuesday, MC General House had given nod to the proposals related to the upcoming canal water supply project. Mayor Balkar Singh Sandhu said the project is very important for the city. He said the MC House gave approval to the project that is very much required for the city wherein the groundwater has been polluted. Polluted water can cause serious health problems, mayor added.

An official said that the canal water supply project is essential for the city as the groundwater was depleting. At present, water is supplied from hundreds of tubewells in the city.