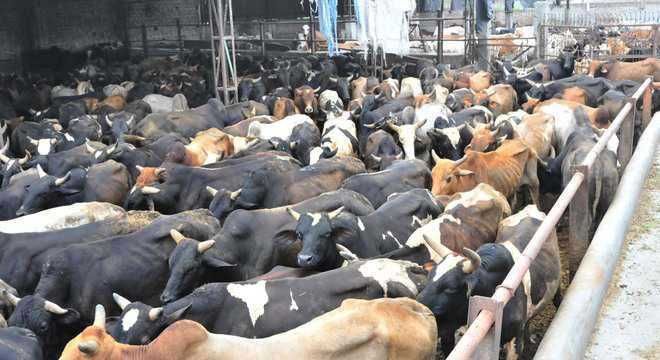 Owing to the rising pressure on the police to solve the cow slaughtering incident in which bovine parts were recovered from Jeevan Nagar, the Ludhiana police today formed a Special Investigation Team to crack the case in as soon as possible.

Elanchezhian said after the formation of the SIT, now the investigation will be done in a scientific and professional manner so that culprits behind the cow slaughtering incident are nabbed soon.

“The SIT will deeply enquire the case to identify and trace the culprits. We have already scanned dozens of CCTV cameras and exercise is still on. We are hopeful that the case will be solved soon,” said Elanchezhian.

After the incident came to fore on November 24, Hindu outfits had held a protest at the Police Commissioner and Deputy Commissioner offices. Even road was also blocked by the protesters outside the CP office. The protest was stopped only when CP Gurpreet Bhullar received memorandum by coming out of his office and assured that culprits would not be spared. A protest was also held on the Jagraon bridge to seek arrest of the culprits.

Hindu bodies had already given an ultimatum to the police to nab the culprits soon, else they will start an indefinite protest outside the CP office this week.