Vehicle flagged off to provide safety kits to them; dept to monitor health status 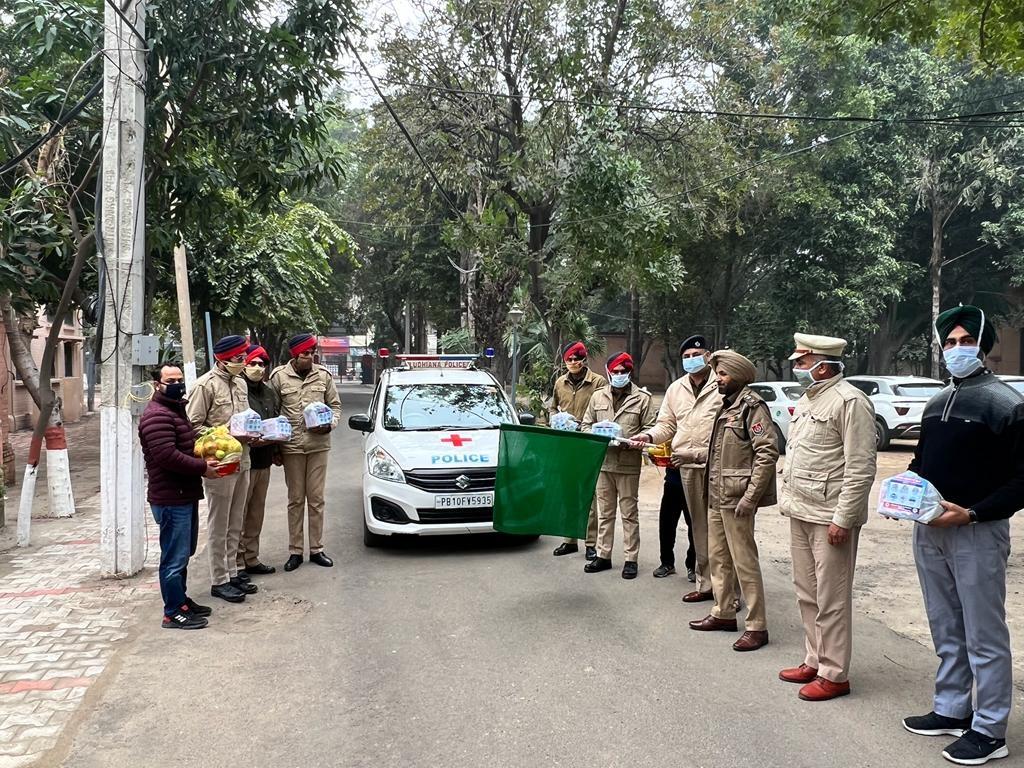 A special vehicle being flagged off for delivery of Covid safety kits to virus-infected cops and their kin in Ludhiana. Tribune Photo

As Covid has infected 45 police personnel of the Ludhiana Commissionerate in the past some days, the city police have initiated a slew of measures for the affected frontline police officials and their families.

Additional Deputy Commissioner of Police (Headquarters), Pragya Jain, who looks after the initiative, said despite the Covid surge, police personnel had to perform frontline duties to ensure that the law and order remains under control. Hence, it’s obvious that some officials might catch the infection.

“As part of the measures, today we flagged off a special vehicle to reach out to Covid-positive frontline police personnel and their families. The officials will be provided Covid-safety kits consisting of an oxymeter, a vaporiser, a digital thermometer, vitamins and medicines and a pack of goodies. It will also include an appreciation letter for boosting their morale,” said ADCP Jain.

The sole purpose of the excercise is to ensure that no Covid-affected police official feel discouraged and the effort would show that the department care about them and their families, the ADCP said.

Jain said after handing over the kits to the affected police personnel, the department will also take regular updates about their health. To monitor the health status of all personnel on a daily basis, a special Covid care control room has also been set up.

Besides police officials, about 165 jawans of paramilitary forces are also deployed in law and order duties. Hence, special mobile vaccination teams for such jawans has also been deputed to inoculate them with the booster dose at their places of stay or duty.

‘Give a missed call, dispel worries’

The police measures are not limited to police personnel and their families. Rather, the latest initiative of the police, ‘Give a missed call, dispel worries’, a special helpline created for residents of the industrial hub, has also been hailed by people. The helpline will be functional from 8 am to 10 pm. Doctors on duty will provide free teleconsultation. Anyone can call and clear doubts or seek medical advice by dailling helpline numbers 78370-18500, 112, 0161-2414932 and 6284531852. People can get information regarding admission to hospitals, Covid testing and ambulance availablility. The special initiative has been started in collaboration with the civil administration.

45 cops tested positive in past over one month

At present, 45 officials of the Ludhiana police are Covid positive. They have tested positive in the past over one month. They include ADCP (Traffic) Sandeep Sharma, ACP (West) Talwinder Singh Gill, ACP, Industrial Area A, Simranjit Singh, ACP (Technical Support) Jasvir Singh, Dehlon SHO Sukhjit Singh and some police personnel of the CIA 2, security branch, and persons deployed at other cells in the Commissionerate. These officials are now home isolated. Family members of some of them have also tested positive.

Sources said 98 per cent of the officials have been administered the first dose, 92 per cent the second dose and 3 per cent have got the third booster dose as well. Notably, since the the past 18 months, 621 police officials, including the latest 45, tested positive for the virus, of which 574 have recovered and two have died due to Covid.