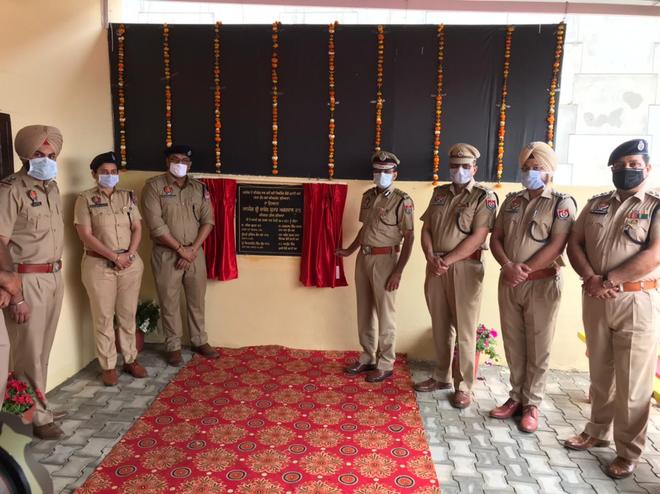 The police post has been built on modern lines from public funding on the panchayati land donated in 2009.

ADCP Sra said the earlier post had only one room, where there was no space for staff and visitors. The post also lacked essential facilities.

“This police post has been built on modern lines. It includes a lock up, an in charge office, an MHC office, an IO room, barracks for stay of police officials, proper seating area for public, and separate public washrooms for men and women,” added the ADCP.

The cost of the project was estimated to be around Rs 20 lakh. The amount was contributed in cash and kind. Cement was contributed by the panchayats, bricks were donated from the brick kiln, construction was supported by the highway unit and the labour was sponsored by the local industrial units.