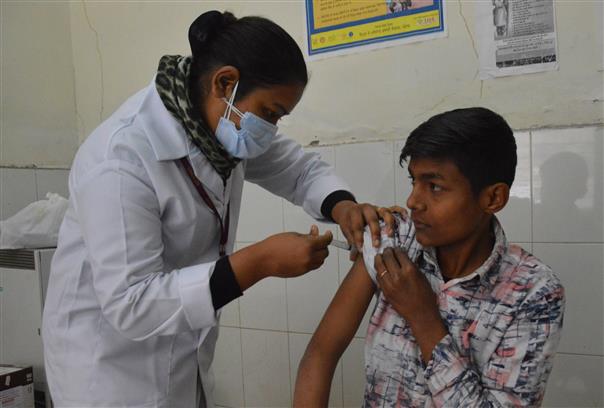 A youth gets himself vaccinated against Covid in Ludhiana.

The number of persons who had tested positive for Covid-19 from Ludhiana district so far crossed the one-lakh mark today.

With 1,325 persons testing positive for Covid today, the total confirmed cases from the district reached 1,00,326. 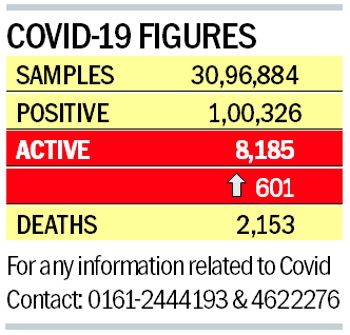 As compared to the first wave, cases jumped to 200 per cent and the highest number of cases reported in a single day were on May 9, 2021, when the

highest of 1,729 cases in a single day during the second wave.

During the third wave, the highest of 1,808 cases were reported within 24 hours on January 14.

Today, six patients lost their lives to the virus. They were residents of Issa Nagri, Sudhar village, Rajguru Nagar, Bhagat Singh Nagar, Gill Road and Harkrishan Nagar. So far, 2,153 persons have lost their lives due to Covid in the district.

The recovery rate of Covid patients has dipped further to 89.70 per cent. Today, there were 8,185 active cases in the district and 8,010 were asked to isolate themselves at their homes by the Health Department.

At present, there are 269 patients admitted to various private and government hospitals. Of these, 175 patients belong to Ludhiana district while 94 are from other districts.

Whenever the district administration or the Health Department, Ludhiana, finds out any positive or suspected Covid patients, their samples are sent for testing. As many as 7,226 samples of suspected patients were sent for testing today and their results are expected shortly.