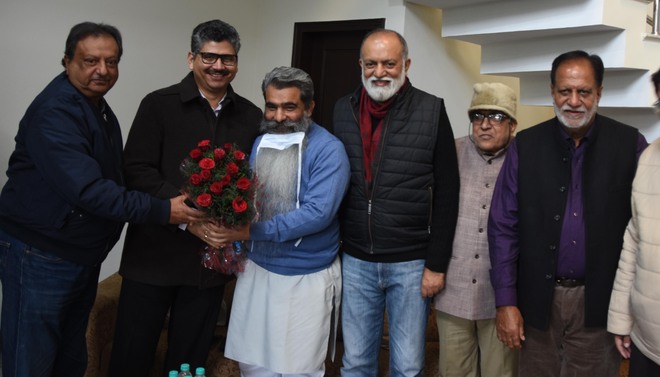 Speaking at a gathering of the residents in the F-block here, Ashu said in addition to construction, repair and recarpeting roads and streets in the colony, gyms had been set up at a cost of Rs 50 lakh, LED lights were installed at an expenditure of Rs 42 lakh and several parks were developed under a Rs 75 lakh project. For better management of garbage and solid waste static compactors had also been installed in the colony.

The minister said LIT officials had already taken up work for redressal of problem of waterlogging on roads and streets during rainy season or at times due to choked sewer lines. Existing sewer lines were being replaced with a higher capacity pipes for better drainage and once the ongoing work for enhancement of the capacity of sewage treat plant (STP) at Humbran was completed, the drainage system of the entire colony and surrounding areas would undergo a dramatic improvement, he claimed. Residents Welfare Committee (F-block) president Sandeep Salwan, vice president Sunil Datt, Raman Gogna, Rajiv Bajaj, Rajeev Goel, Gulshan Goel, Ravi Arora, among others, were present at the occasion. — OC