Protest against Centre for ending Punjab’s representation in BBMB : The Tribune India

Protest against Centre for ending Punjab’s representation in BBMB 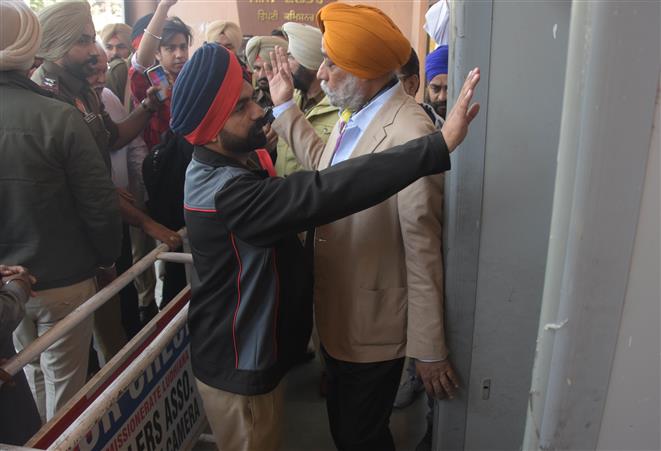 Activists of the Aam Aadmi Party (AAP) on Friday staged a protest outside the DC office against the Central Government’s decision to end Punjab’s representation in the Bhakra Beas Management Board (BBMB).

They also submitted a memorandum addressed to Punjab Governor to ADC, Ludhiana, seeking restoration of permanent membership of Punjab in the BBMB. They demanded that the Union government should uphold the rights of Punjab.

They demanded that the Governor submits their memorandum to the Union Government and the Prime Minister to uphold the rights of Punjab.

Harbhupinder Singh Dharor said it was the management that stood on the soil of Punjab, which hatched conspiracies to oust the state itself from the board.

“The importance of Punjab is being diminished by the BJP management. Earlier, this push was made by the Congress governments at the Centre. Now, the BJP-led Modi government has taken the same path. This is clumsy mischief that is deliberately squeezing the painful vein of Punjab,” he said.

“Going a step further than the Congress, the Modi government is engaged in plundering rights of the states, which is also a direct blow to the Indian federal system,” he added.

Meanwhile, assistant secretary of AAP kisan wing Gurjit Singh Gill said, “The Union Government should refrain from taking arbitrary decisions in rules and regulations of Punjab. The government should abandon the attitude of digging and stepmother treatment with Punjab, which has already been looted by both hands.” —