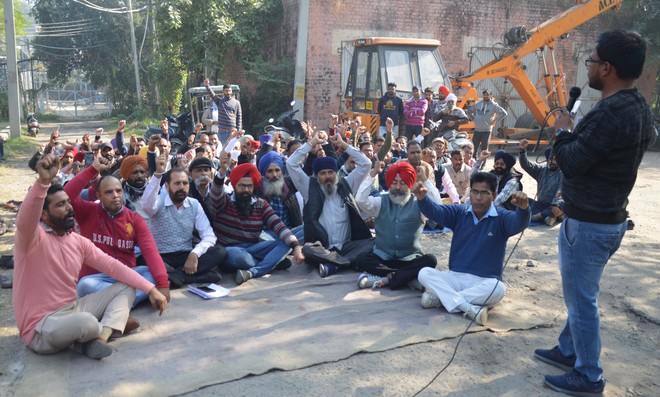 Employees associated with various unions of Punjab State Power Corporation Limited (PSPCL) have threatened to intensify their stir in case their long-pending demands were not accepted and implemented. The announcement was made after the culmination of the protest rally taken out under the banner of a coordination committee constituting representatives from the Technical Services Union, PSPCL Pensioners Association and PSEB Employees Federation, led by Sukhcharanjit Sharma, Rajbir Singh, Balwinder Singh, Chaman Lal and Hari Datt Sharma.

Implementation of reviewed recommendations of the Sixth Pay Commission, ban on contractor system, dissolution of power pacts with private power manufacturers, re-functioning of government thermal plants, payment of arrears, regularisation of temporary employees and concessional power for new retirees were among their major demands.

Speakers alleged that the state government, led by Chief Minister Charanjit Singh Channi, like the successive governments had failed to see the interests of both employees and consumers of the power corporation. It was trying to benefit private manufacturers through pacts, causing a huge financial burden on the government as well as the consumers.

Accusing the government and management of the PSPCL of showing lack of concern towards genuine demands of the staff, the protesters have announced to intensify the stir in case their demands are not accepted.

Ludhiana: Employees of the PSPCL staged a protest against the PSPCL management at Chawani Mohalla on Old GT Road here. Union leader Rashpal Singh said they were opposing wrong policies of the management as issues related to pay scale and others had not been resolved so far. The employees said they were on mass leave today. They had been protesting since November 15.

They were demanding regularisation of jobs of contractual employees and resumption of the old pension scheme. The employees alleged that the pay commission report was not fully implemented due to which the staff were forced to hold protests. They said if their demands were

not met they would be forced to intensify the agitation. — TNS