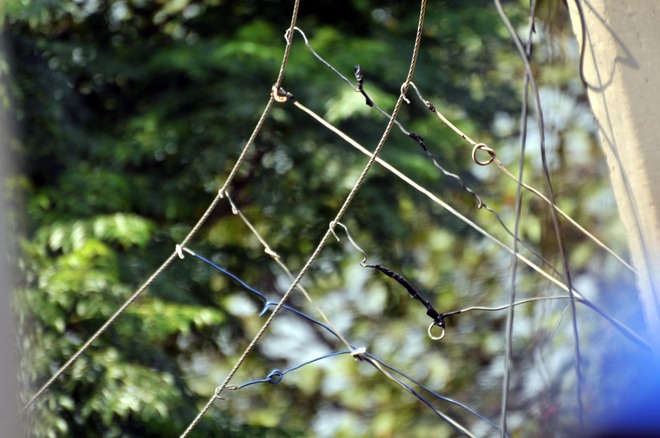 PSPCL conducted a raid at Dairy Complex in Haibowal locality here today and snapped as many as 20 ‘kundi’ connections in the area. Photo for representation only.

In a bid to curb the menace of power thefts in the city, officers of Punjab State Power Corporation Limited (PSPCL) conducted a raid at Dairy Complex in Haibowal locality here today and snapped as many as 20 ‘kundi’ connections in the area. The raids were conducted under the directions of PSPCL CMD A Venu Prasad and the supervision of PSPCL Director of Distribution DPS Grewal.

As many as 36 teams (16 distribution XEN, 16 SDOs and 4 Enforcement Wing), with four members in a team, conducted the raids. In a day-long operation, the teams checked a total of 1,227 connections and imposed a penalty of Rs 40 lakh for power theft and misuse of meters. Of the total connections checked, 20 were of power theft.

Grewal said apart from checking the connections, teams also checked the metres to ensure their proper working and detect attempts at tempering with the meters. “Display screens of as many as 44 metres were found non-functional or tampered with and a total of 73 old metres were detected, which were not functioning properly. The faulty/old metres were replaced on the spot and these were sent to ME Lab for testing,” he added.

Grewal also conducted a surprise check at a call centre in Chaura Bazar, Ludhiana, and said that very soon 60 more call lines would be made operational at the Centre.

Chief Engineer/Central Zone Varinder Pal Singh Saini, who was also present at the spot, ensured uninterrupted power supply to consumers and said that the staff would follow the directions of the management and live up to their expectations.