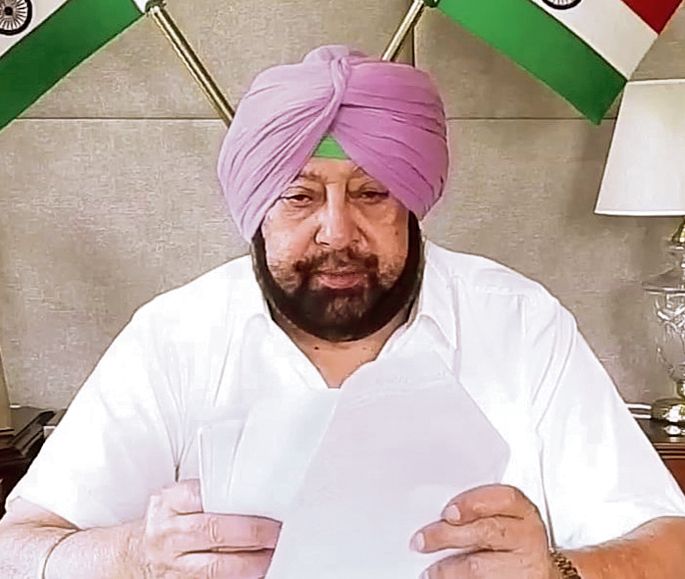 Reiterating his full support to farmers and arhtiyas, Chief Minister Capt Amarinder Singh on Monday flayed the central government for “encroaching upon the rights of the states in its bid to dominate them” and castigated it over forcible imposition of the farm laws and the direct benefit transfer (DBT).

“States never faced such problems earlier,” he said, slamming the Centre for allegedly trying to destroy the existing relations and systems that have worked well for more than 100 years in the name of so-called reforms.

Punjab’s farmers and arhtiyas have age-old cordial ties, which the Centre was hell bent on damaging, he said, terming its tough posturing and ill-conceived decisions against the basic spirit of federalism. He said during his earlier tenure, he enjoyed the full confidence of Late PM Atal Bihari Vajpayee and Dr Manmohan Singh in all major policy decisions and development issues related to Punjab.

Had the Centre been sincere about finding a workable solution to the problem, it would have either consulted the Punjab Government or farmers. —Capt Amarinder Singh, CM

Virtually launching the two-day kisan mela organised by Punjab Agricultural University (PAU), Ludhiana, the Chief Minister expressed his solidarity with the farmers against the farm laws and stressed the Centre should have taken them into confidence before their enactment.

The Chief Minister categorically said Punjab, which was initially not even a part of the deliberations on the agricultural reforms, was included in the high-powered committee only after he wrote to the Centre. Even after that, there was no mention of these laws at the committee’s meetings.

Pointing out that 144 farmers have died so far during the agitation, he said his government was giving Rs 5 lakh and a job to the next of kin of the deceased farmer, while the Centre continued to be insensitive.

On the growing problem of scarcity of surface as well as underground water, he urged the farmers to go for drip irrigation in a big way to save the state from becoming a desert in the near future. “The fast depleting water table is a major challenge for the state and the only solution is to get out of the paddy-wheat cycle to save this precious resource,” he said. He further stressed efforts should be made to adapt to horticultural crops which have a global market with chances of enormous profitability.