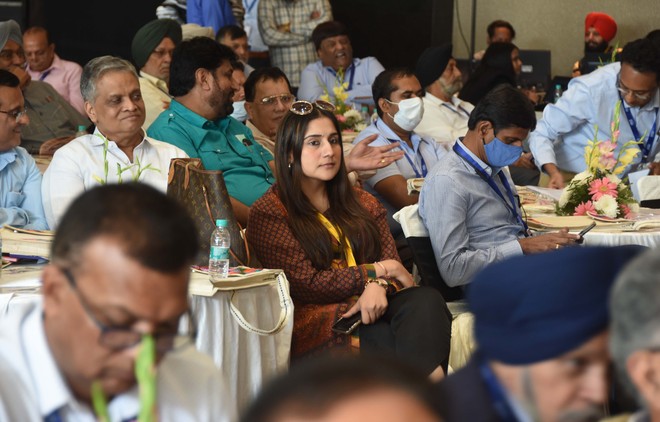 Shiromani Akali Dal today termed the Punjab Investors’ Summit 2021 held here a “massive flop show” with investors not coming up with any concrete investment due to anti-industry policies of the Congress government.

Commenting on the summit, former minister Maheshinder Singh Grewal said Chief Minister Charanjit Singh Channi used the opportunity to hold a Cabinet meeting here as the government had got jittery after SAD president Sukhbir Singh Badal received a massive response from the trade and industry.

“Channi tried to woo the industry but he failed abysmally. Investors have gone by the past record of the Congress government, which has refused to give any special incentives to attract investment in the state or give any incentive to the home-grown industry to help it in its expansion plans. This is why no new industry came to Punjab in the past nearly five years,” he said.

Grewal said even today the investors and leaders of industry were shocked the Chief Minister’s failure to announce any special incentives for new investment as well as expansion of existing projects.

The CM also did not announce any special project for Ludhiana or come out with any plan to fix its crumbling infrastructure, said Grewal.

The SAD leader said the industry felt betrayed as the Congress government had failed to provide power to it at a landing cost of Rs5 per unit as promised.

He said instead of reducing the tariff for the industrial sector, it had been increased manifold repeatedly.

“Industrialists also faced massive power outages during the Congress tenure due to which they had to use alternative power sources, leading to a further increase in their input costs,” he observed.

The Congress government also failed to give any concession to the industry during the period of Covid, despite promising to do so, he added. — OC