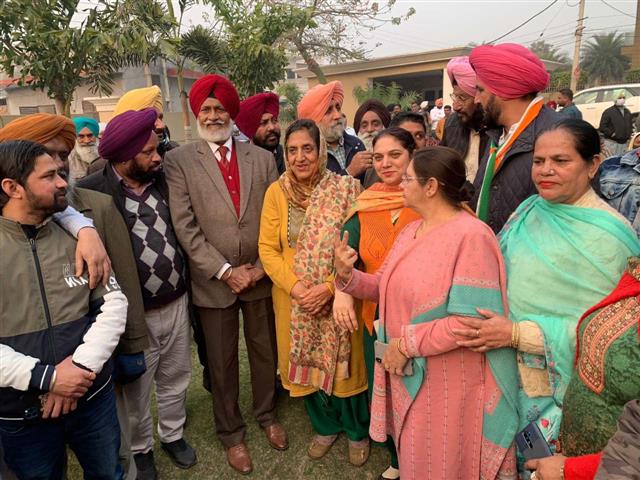 A number of Congress leaders had expressed annoyance to the party high command for giving the ticket to Vikram Singh Bajwa, son-in-law of Bhattal, from the Sahnewal constituency. They had even given an ultimatum to the high command to rethink and revert its decision.

Bhattal, who especially came to Sahnewal to meet Pal Singh Grewal, one of the strong ticket contenders, said she herself had come to pacify all annoyed party leaders and workers in Sahnewal. All party workers have to unite at this stage to give a tough competition to the SAD, which is ruling in the Assembly segment.

She assured that all promises made by leaders to the public would be fulfilled at any cost and each worker be given his due.

“At this crucial time, rather than being caught up in internal rivalries, all should work for the cause of the party. Internal party rivalries have to be forsaken for its sake. All party leaders and workers should unite to give a tough fight to their opponent SAD in Sahnewal. Each party worker is indispensable for the growth and development of the party. It is the moral duty of all leaders and workers to stand with the candidate, who has been assigned the ticket, so that the party wins,” Bhattal said.

Party candidate from Sahnewal Vikram Bajwa said he was confident that he would be able to bring all other annoyed party leaders and workers too on a joint platform and work collectively to support the party candidate as a single unit.

“I too was denied the ticket in 2017 but I still continued to work for the constituency. It is high time that each one of us should shun the partisan approach and get united for the cause of the party,” he said.

Pal Singh Grewal on the other hand today declared full-fledged support to Bajwa.

“At this time, it is essential for us to unite so that the opposition should not get the benefit due to our differences. We are with Bajwa and will support him in every possible manner.”