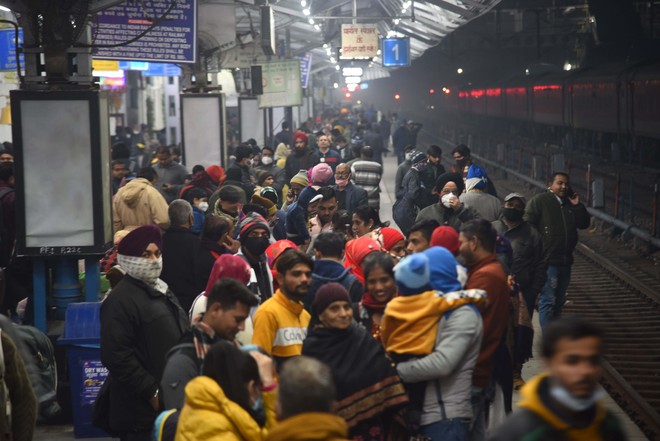 Passengers wait for their trains at the railway station in Ludhiana. Tribune photo: Himanshu mahajan

The rail traffic was again disrupted due to the ongoing protest by mazdoor and farm workers’ bodies after which the Northern Railway had to cancel, short-terminate and regulate (withhold) a large number of trains. Passengers travelling or intending to travel to their respective destinations were at the receiving end, especially due to the adverse weather conditions.

According to railway officials, as many as 27 mail/express and 12 passenger trains operating through the Firozepur Division were cancelled for the day while 17 long route trains were short-terminated (before destination) and short-originated due to blockades by protesting farm workers at several places on Jammu Tawi-Jalandhar Cantt, Amritsar-Ludhiana and Firozepur-Ludhiana sections.

In addition, nearly 12 passenger trains operating on the Ludhiana-Firozepur, Bathinda-Firozepur, Firozepur-Jalandhar City and Jalandhar- Pathankot sections were also cancelled for the day.