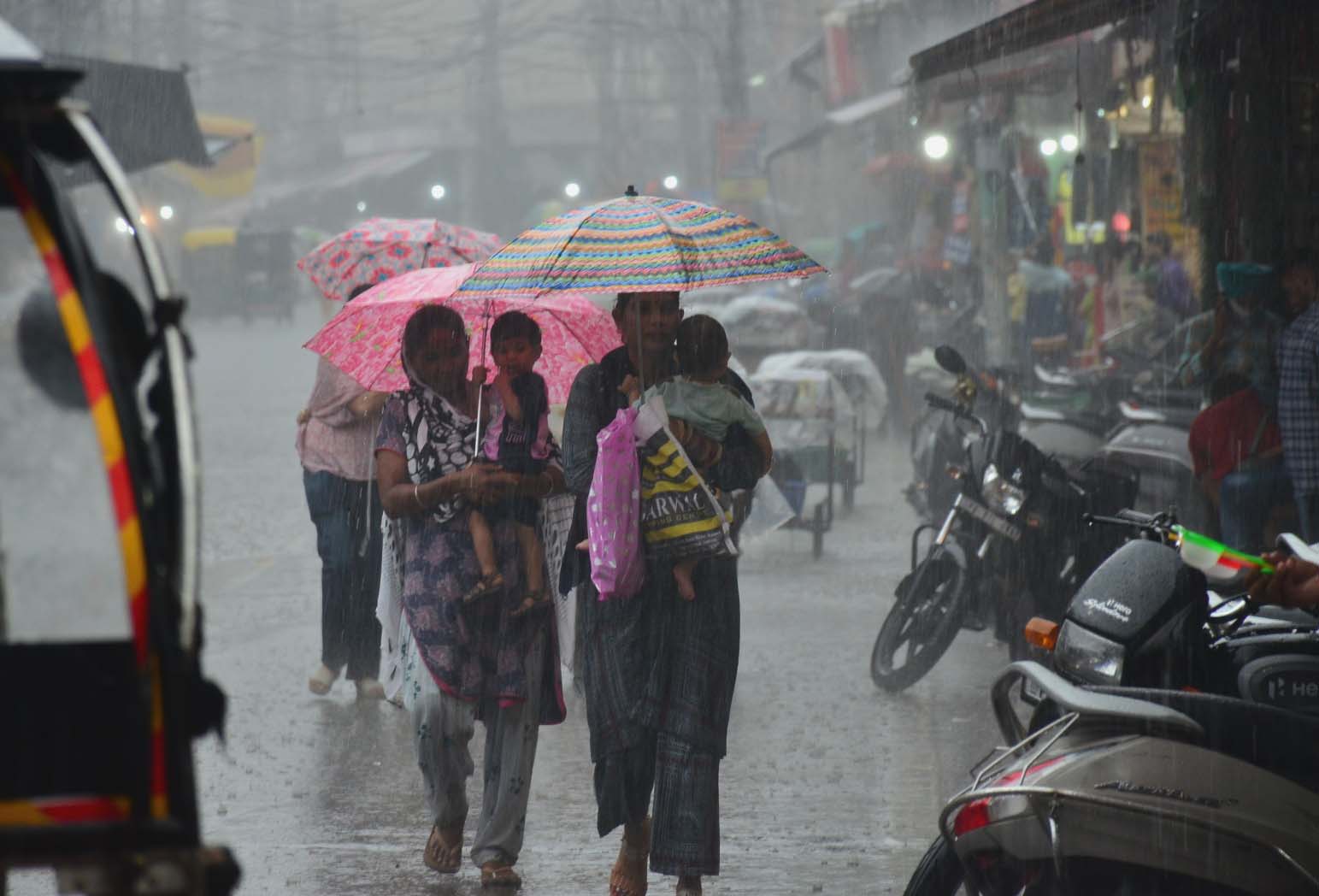 Residents got relief from the sweltering heat as the city received rain on Thursday. Himanshu Mahajan

The monsoon is likely to reach the city on Friday. Pre-monsoon showers received in the city on Thursday gave some relief to residents from the sultry weather conditions. The Punjab Agricultural University (PAU) today recorded 5.6 mm rainfall.

She said the monsoon was expected to reach Ludhiana on Friday.

According to School of Climate Change and Agricultural Meteorology, PAU, Ludhiana, the maximum temperature was recorded at 29°C today while it was 35°C yesterday. The weather is expected to remain cloudy with the possibility of rain over Ludhiana and its adjoining areas during the next 24 hours.

MC Superintending engineer Rajinder Singh said the MC had set up a flood control room (24x7) at Daresi for the rainy season. Residents could contact the flood control room by dialling 0161-2749120. He said generator sets had been arranged at all 23 sewerage disposal units in the city so that the units keep functioning always and the power back up system be used in case of power cuts.

Fruit science experts of Punjab Agricultural University (PAU) has advised farmers of Punjab to go for the plantation of new fruit plants in view of the highly favourable weather. During the PAU Live Programme, Dr JS Brar, senior horticulturist, suggested selecting right fruit plants and utilising vacant lands for fruit cultivation for commercial as well as household purposes. Dr Sanjeev Chauhan, head, Department of Forestry and Natural Resources, expressed concern over the decreased area under the forest cover in Punjab.