Dispose of complaints about cleanliness within 12 hours: MC chief 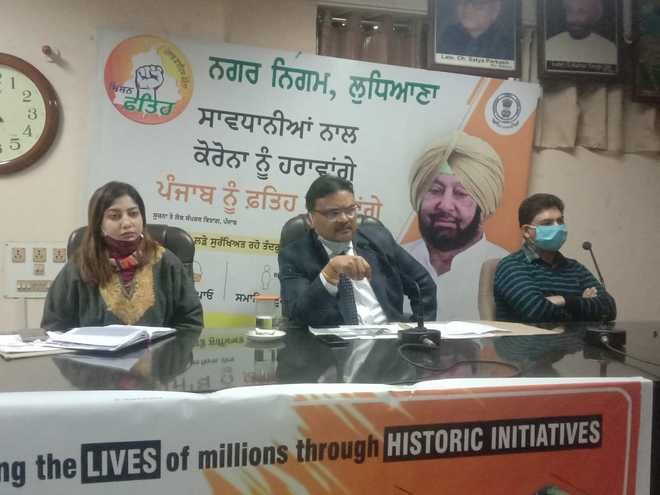 MC Commissioner Pardeep Kumar Sabharwal, along with other officials, conducts a meeting regarding Swachh Survekshan-2021 In Ludhiana. Tribune photo

MC Commissioner Pardeep Kumar Sabharwal has instructed officials to create awareness among people about Swachh Survekhsan-2021 and urged residents to give their feedback. The commissioner conducted a meeting with officials to review the arrangements regarding the Survekshan.

Sabharwal has also given instructions to the staff to improve the quality of work. He said officials have been asked to create awareness about the Survekshan. The officials will make an appeal to residents to give feedback under Citizen’s Feedback activity of Swachh Survekshan-2021. He instructed officials to ensure redressal of complaints about cleanliness within 12 hours.