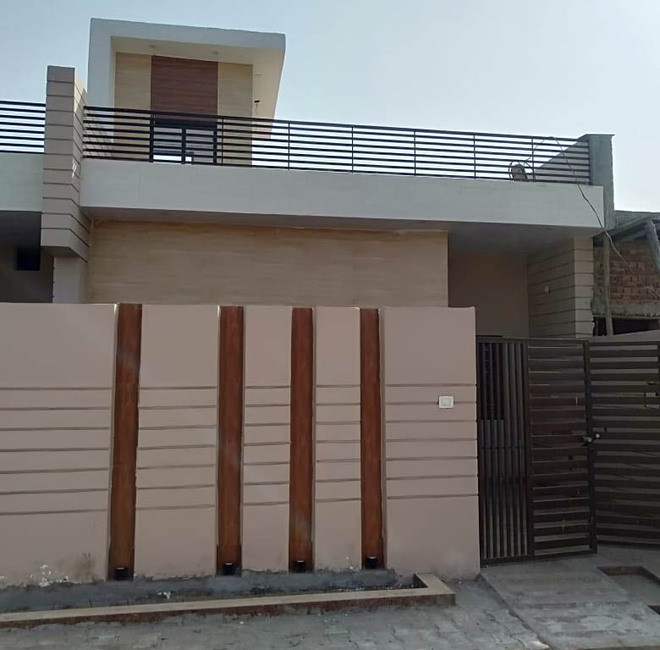 A near-completion affordable housing unit at a colony in Ludhiana. Tribune photo

Even though the demand for housing, especially for ‘affordable units’, has been gaining momentum in tier-two and three cities as per a survey, the stressed realty sector is keeping its fingers crossed.

Realtors say at present, the rising demand, if any, is not being reflected in the terms of sale of houses or plots in affordable colonies in the city or elsewhere.

The survey, ‘Time for internal globalisation- small cities setting the tone for revival’, conducted by an online platform observed a surge in virtual residential demand from ‘shadow cities’. Moreover, recently launched ‘Virtual Residential Demand Index’ stated that the demand from small cities had been increasing steadily but saw a significant spike in August 2020, over-shadowing the metros to 210 points as compared to 150 for the metros post the nation entering into Unlock Phase 4, observed Gulshan Kumar, CEO of the GK Group.

He said according to the survey, cities such as Amritsar (along with Agra) had witnessed an impressive growth of more than 100 per cent in the virtual residential demand over pre-Covid times, while cities of Ludhiana, Chandigarh, Mangaluru, Vadodara and Lucknow saw more than 80 per cent growth in the residential demand in the same period.

Gulshan Kumar said inquiries for built up affordable housing units and small plots were on the rise and in all probability, the realty sector ought to have turned the corner by now as the festival season was over, but the fact remains that cash registers of the realtors were not ringing as yet. “This despite the fact that 70 affordable houses are under various stages of construction in colonies being developed by GK Group in the city with maximum number being that of affordable houses,” he said.

Another developer Mohinder Goyal, Director, Janpath Estates, said another significant factor behind the trend (spike in housing demand) was ‘reverse migration’ of the corporate work force and increased flexibility due to remote working.

“Especially the salaried people paying hefty rents for houses are keen on investing in their own houses as the monthly rent and the EMI of housing loans in many cases are almost the same. In addition to this, loans for affordable houses being entitled to credit-linked subsidy scheme with a Central subsidy of Rs2.67 lakh has made owing a house of one’s own an attractive proposition,” added Goyal.

Both the real estate developers held a firm view that once the dust raised by Covid settles down and the under-development vaccine for the virus becomes available, people would come forward to buy and invest in affordable housing units in big numbers.