Regularisation letters given to 2 safai workers in Ludhiana : The Tribune India 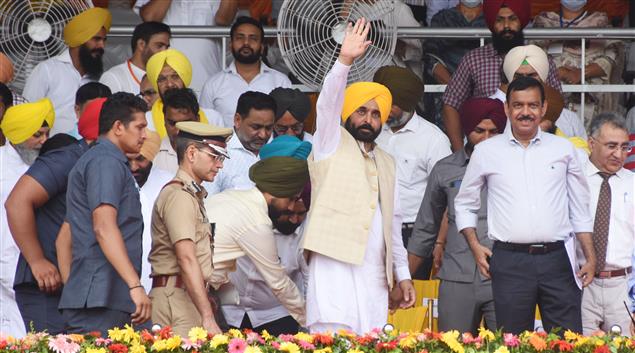 The Chief Minister said the state government was committed towards the well-being of the safai sewaks. He said around 3,600 safai karamcharis/safai mitras were working on a contract basis with municipal corporations whose services had been regularised by the state government. Mann said the drive had been started symbolically and the remaining employees would get letters for regularisation of their services in the coming days.

The Chief Minister said the state government had fulfilled its promise of regular services to all sanitation employees engaged in civic bodies. He said no stone was being left unturned for the noble cause. “The AAP government stands rock solid with them always and every required step would be taken for their welfare,” Bhagwant Mann said.

After controversy, lists yet to be finalised

MC Commissioner Shena Aggarwal had then marked an inquiry. Later, a committee formed by the MC House had also started the verification of the lists of contractual employees. However, these lists were yet to be finalised and presented before the House.

MLA from Ludhiana West Gurpreet Gogi said the names of 1,200 contractual sanitary staff had been verified so far and lists of the remaining would be finalised soon after verification.