Despite fervent appeals on the issue, authorities indifferent to people’s suffering 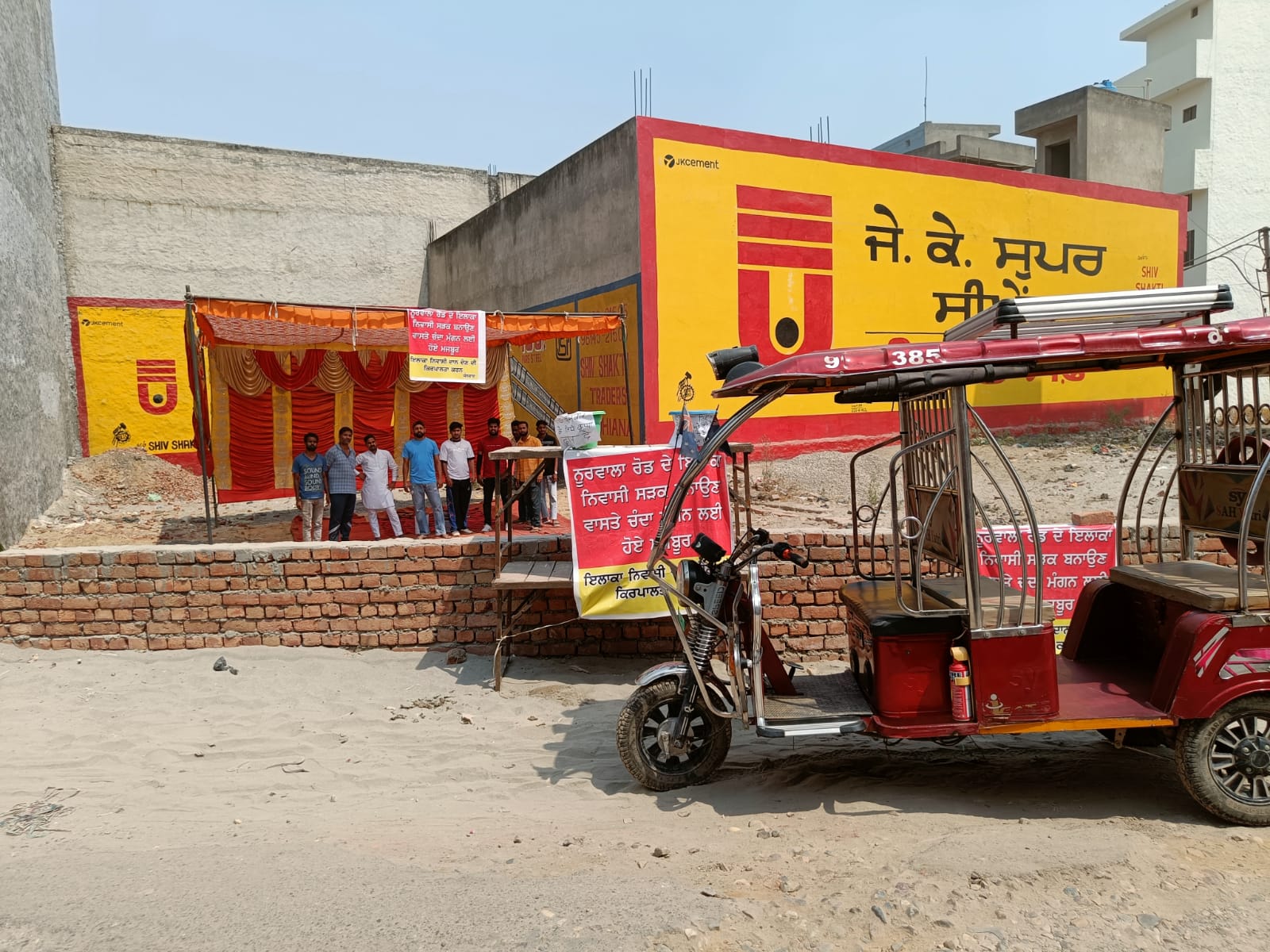 After a long wait of government and department concerned to repair Noorwala Road, residents, shopkeepers and owners of industrial units have taken the task in their hands and started to collect donations to get it repaired before the rainy season sets in.

Varunesh Kumra, vice president of Samaj Sudhar Sabha, a representative body of residents and shopkeepers of the area, said the matter had been persistently taken up with PWD officials without evoking much response.

“We have sent a complaint to CM Bhagwant Singh Mann on May 2, 2022 which has been forwarded to Secretary, PWD, Punjab for immediate necessary action. However, going by the evasive attitude of the PWD officials, the suffering residents are not pinning much hopes to the latest direction of the Chief Minister’s Office for taking up repair/carpeting of the road,” said Kumra.

He stated that the affected residents had also brought to the notice of CM that there was grave lapse even in the repair work carried out by PWD in 2016 as the estimated project cost was slashed from Rs 204.81 lakh (fixed in 2014-15) to Rs 132.8 lakh and finally, the work was executed for Rs 80 lakh. Not only this, the quality of material and workmanship left much to be desired and soon, the road was again dotted with potholes.

The area residents and other stake-holders have made a fervent appeal for increasing the road width at the time of reconstruction to cope with the traffic volume.

Meanwhile, in an official letter (no 482 dated May 12, 2022), the Executive Engineer, Provincial Division, PWD/B&R, Ludhiana, has intimated the Sabha that spot visit of the road was carried out by officials and it was found that main reason of breaking down of this busy stretch of road was lack of proper drainage system.

“The Punjab Water Supply and Sewerage Board has been asked to lay sewerage in the area and this fact has also been conveyed to ADC (Development). Further, officials concerned have been asked to prepare estimate for repair/carpeting of the damaged portion of road which would be taken up on receipt of required funds,” said the PWD official.