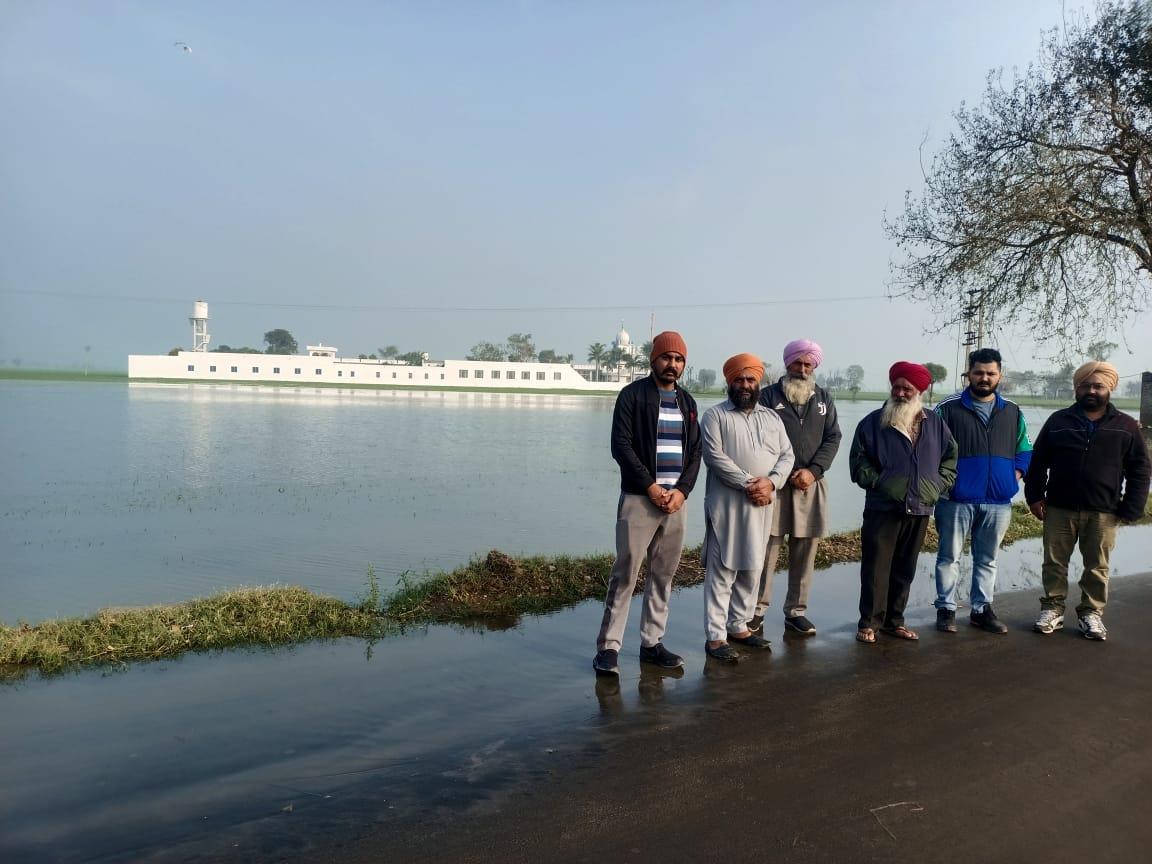 The administration has identified deliberate blocking of underground pipes connecting areas falling under various Assembly segments as a major factor behind waterlogging and submerging of crops on 500 acres belonging to farmers of over 12 villages in the area.

Farmers alleged that a large number of farmers had suffered massive losses due to the alleged indifferent attitude of officials of the Drainage Department. Wheat, potato, mustard and vegetable crops on 500 acres was submerged due to recent rains, they added.

Wheat, potato, mustard and vegetable crops on 500 acres was submerged due to recent rains, they added.

Farmers alleged that successive governments had failed to comprehend the issue as they had been suffering massive losses every year. None of the official concerned ever bothered to identify the root cause of waterlogging and solve the issue permanently, they added.

A team of revenue officials comprising kanungo Manjit Singh and patwari Gurjinder Singh observed that some unidentified persons had plugged pipes connecting drains on two sides of link roads separating waterlogged fields from other areas. Victim farmers were threatened of dire consequences in case they dared to remove the plugs, they added.

Claiming that the process for assessing damage caused to crops could be initiated only after draining of water, the Magistrate said: “A dispute could arise over unplugging of the blocked drains. Hence, we have initiated a process to remove the deliberate plugs with the help of the police.”