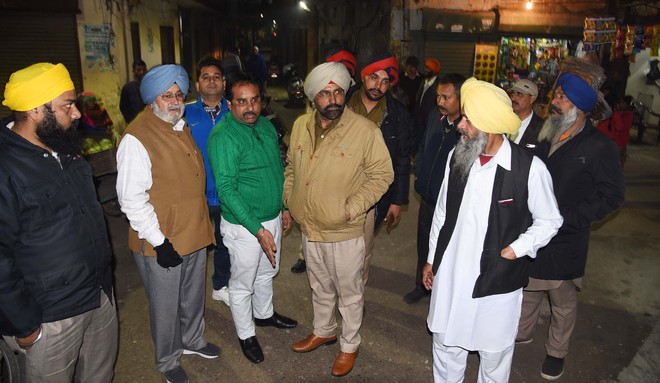 Armed robbers looted Rs9.67 lakh from a scrap dealer at gunpoint in Vijay Nagar, near the post office street, on late Friday night. The police checked over 100 CCTV cameras and the suspects were reportedly captured in cameras, when they came to conduct the recce.

Shailesh Tiwari of Jassian Road, Haibowal, said he runs a scrap business and when all workers left on Friday night around 11 pm, he was all alone. Three masked robbers armed with weapons suddenly arrived and took him at gunpoint.

One of the robbers hit a sharp weapon on his arm and asked him to deliver cash and other valuables. Before he could raise an alarm, the robbers snatched the bag containing cash. They even took away two other bags, in which some documents and clothes were kept.

Markets were close as it was quite late and the victim became an easy target. He said he followed the robbers, but couldn’t chase them, as they disappeared from the SBI Bank.

SHO Police Division 2 Surinder Chopra said the police checked several CCTV cameras and got some clues, which helped them in nabbing the robbers.

Sources said one of the workers of the scrap dealer had left his job about a month ago following some arguments with the owner. The police suspect that he could be behind the crime and his call details are being scanned. Even the phone of the said worker was switched off, which signals his involvement.

Sources said the police were checking the call details of workers of the trader.