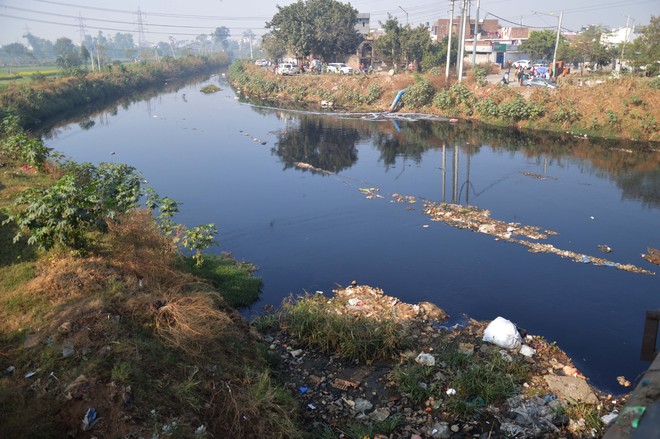 Days after some industrialists raised questions over the proposed “Rejuvenation of Buddha Nullah” project at a cost of Rs 650 crore, a public interaction regarding the project was held at Guru Nanak Dev Bhawan here today.

Days after some industrialists raised questions over the proposed “Rejuvenation of Buddha Nullah” project at a cost of Rs 650 crore, a public interaction regarding the project was held at Guru Nanak Dev Bhawan here today.

Cabinet Minister Bharat Bhushan Ashu said the work order related to the Rs 650-crore Budha Nullah rejuvenation project had been issued and it would start soon in a transparent manner.

During the interactive session, several industrialists, NGOs and residents gave their suggestions and some also raised questions over the project. Tarun Jain Bawa, an industrialist, said they could carry out the project at estimated cost of just Rs 325 crore. Questions were also raised over a report about the discharge of water into Buddha Nullah.

It is learnt that the report regarding the discharge of water into Buddha Nullah was prepared during the lockdown. Some industrialists have demanded that water discharge should be checked at present and then required steps be taken accordingly.

Leader of the Opposition in the MC House Harbhajan Singh Dang said the authorities concerned should look into the suggestions given by industrialist Tarun Jain Bawa and compare his estimates with the estimates prepared by the company concerned for the project. “If any money can be saved, it would be beneficial. A technical committee must be formed to look into the suggestions given by industrialists and others. The committee should also keep a check on the project,” he added.

Col JS Gill, member, Buddha Nullah Task Force, raised the matter that the Municipal Corporation was mixing pure rainwater with sewerage water due to the lack of a separate storm water system and then taking it to the STPs to clean it again. He suggested to implement rooftop harvesting in whole of the municipal area and to reduce the overloading of the sewer system.

PMIDC CEO Ajoy Sharma said if any person had suggestions regarding the project, he/she could submit these in writing to the department and these would be incorporated. He said the project had been designed keeping in mind the requirements of next 10 years.

Bharat Bhushan Ashu said the work related to the Rs 650-crore Budha Nullah rejuvenation project would be carried out in a transparent manner and not even a single penny of the public funds to be used for this project would be misused. He said all valuable suggestions given by the stakeholders would be incorporated in the project.

Satguru Uday Singh appreciated the Punjab Government for starting the project. He said it was for the first time that such a public interaction regarding a development project had been organised. Mayor Balkar Singh Sandhu urged the residents living along the Budha Nullah not to pollute it in the interest of the humanity. He said an iron mesh, along the nullah, was being installed to ensure that no one disposed solid waste into it.

Under the project, two new STPs are to be constructed. One new STP for 225 MLD waste water at Jamalpur and another STP for 60 MLD waste water at Balloke are to be constructed under the project. Besides, the pumping outlets are to be closed and new pumping stations will be constructed to divert the flow from these to the nearby STPs (Jamalpur and Balloke) for treatment. The project also includes the refurbishment of the existing STPs. As per information, Rs 375 crore is to be spent on the new STPs (285 MLD), including pumping station, tertiary treatment and bifurcation of flows. Besides, the construction of effluent treatment plants for dairy complexes on Tajpur Road and Haibowal are also part of the project. Around 14-km stretch of Budha Nullah falls under the MC’s limit.