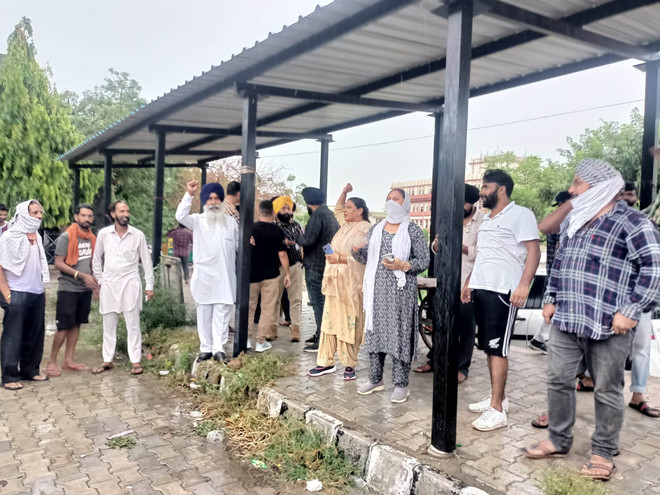 A market in Phase I, Dugri, witnessed ruckus, noisy quarrels and slogan-mongering between groups of vendors and functionaries of the Sikh Danga Peerit Welfare Society after some vendors allegedly took forcible possession of booths recently constructed by the Greater Ludhiana Area Development Authority (GLADA) as a part of the process to set up proposed vending zones across the city for street vendors.

After the vendors, reportedly enjoying patronage of certain Congress leaders of the area, occupied the booths without any allotment or authorisation, the activists of Sikh Danga Peerit Welfare Society, arrived at the spot in a sizeable number and started raising slogans against the Congress government, while alleging that certain ruling party leaders had taken money from the vendors on the promise of getting them booths allotted from the GLADA authorities.