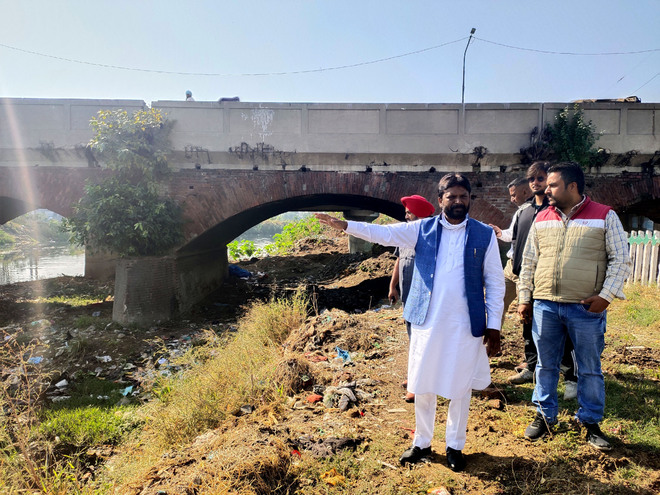 SAD leader Vijay Danav at the bridge over Buddha Nullah.

Shiromani Akali Dal leader Vijay Danav accused the Municipal Corporation and the district administration of ignoring an unsafe declared bridge over Buddha Nullah near Chand Cinema in Ludhiana. He said the bridge on Old GT Road lies in a dilapidated condition, but the authorities concerned wee still in deep slumber.

The bridge is crying for attention for a long time but the Municipal Corporation failed to start the project to reconstruct the bridge.

The bridge, which is said to be over 100 years old, was declared ‘unsafe’ in 2011 as per information.

The entry of heavy vehicles was banned on the bridge in 2018.

Danav has given warning to the Municipal Corporation authorities that if the bridge reconstruction and repair work was not started soon, they will start an agitation.