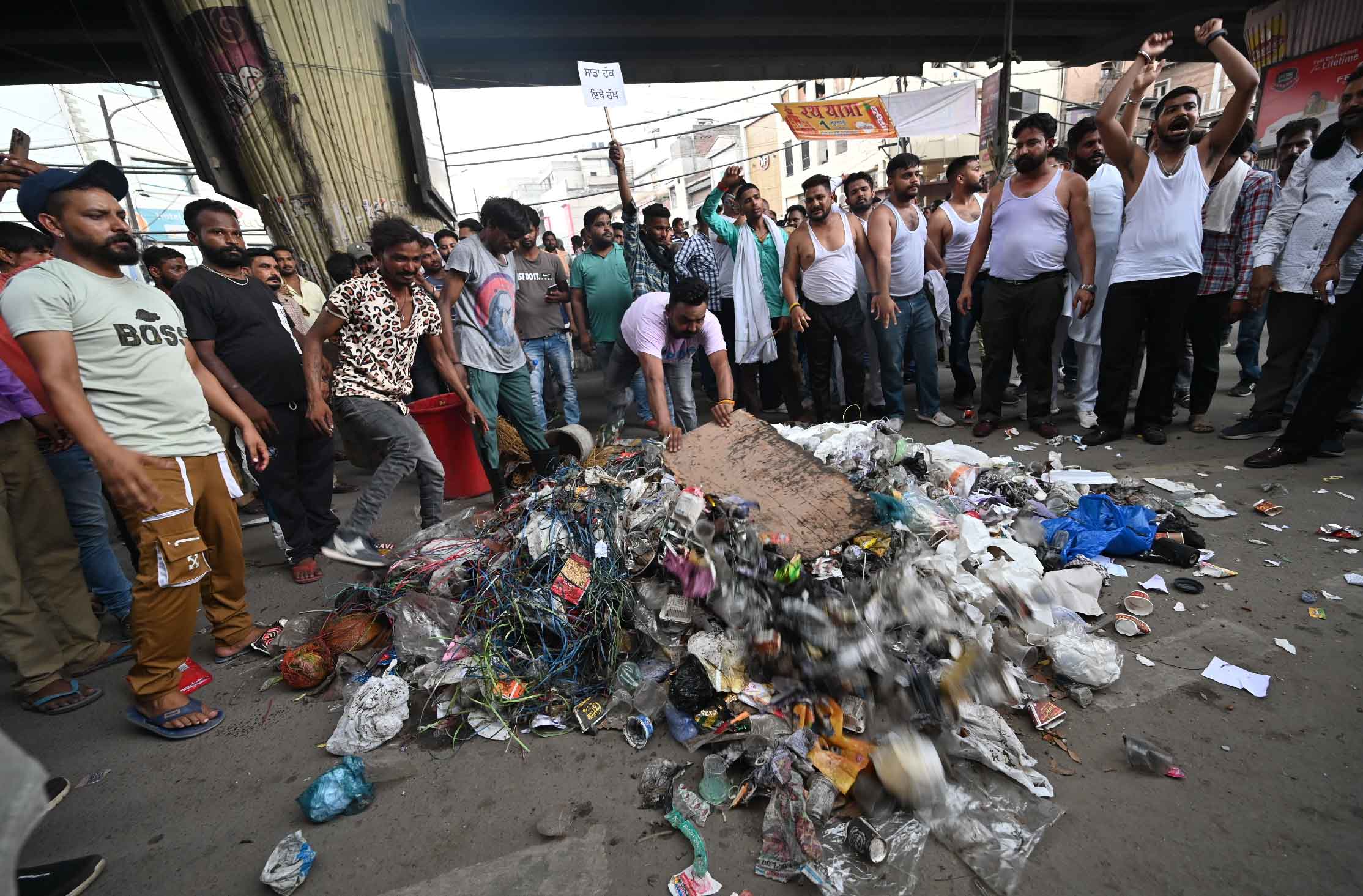 Raising slogans against the state government, the Mayor and the Commissioner, the protesters sat on a dharna at Clock Tower Chowk and continued to protest for around two hours.

To mark their protest, some protesters removed their shirts and dumped garbage on the road. Commuters were not allowed to pass through the road. The protesters carrying placards were demanding regularisation of jobs of contractual sewer men, safai karamcharis and other employees of the corporation.

Naresh Dhingan, Vijay Danav, Chaudhary Yashpal and other members of the sangharsh committee were leading the protest. The protesters had gathered outside the MC’s Zone A office and carried out a protest march till Clock Tower Chowk. They accused the state government and the MC authorities of not fulfilling their demands. Even in rain, the employees continued their protest.

The committee asked the Mayor and the MC administration that if contractual staff in Hoshiarpur could be regularised, why appointment letters could not be given to the employees in Ludhiana after making their services regularised.

The committee members said they would continue their struggle till the appointment letters for regularisation of jobs were given to all contractual employees working in the corporation.

They said jobs of all contractual sewer men, safai karamcharis, drivers, gardeners and beldars working in the MC should be regularised. If their demands were not met, a hunger strike would be initiated from July 5.

Meanwhile, security forces were deployed to control the situation during the protest. Vehicular traffic was diverted through other routes after the protesters blocked the main Old GT Road at Clock Tower Chowk.