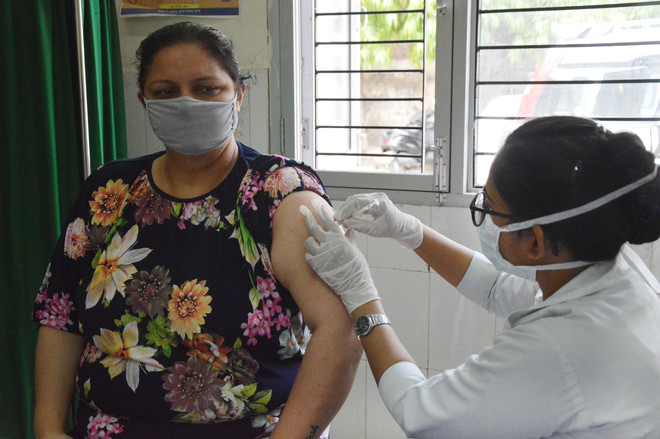 A woman gets vaccinated against Covid in Ludhiana on Friday.

The second Covid wave, which has been rapidly sliding into a devastating crisis, has also turned out to be more deadly than the first one in Ludhiana district, if the official figures are any indication.

The number of average daily virus deaths has touched 16 in the district this week, whereas the highest casualty count last year was 12.

The data of trends, comparing first and second wave by the district administration, a copy of which is with The Tribune, revealed that Ludhiana reported the highest-ever 16 daily average Covid deaths between April 26 and May 2. These casualties were confined to only the district residents whereas the virus deaths of those from outside Ludhiana, who died in the district, were not included in the tally.

The much disturbing trend evident in the data was the exponential rise in the average daily Covid deaths, which doubled from eight between April 19 and 25 to 16 between April 26 and May 2.

“If this trend continues, the situation, which has already turned grimmer, will become unimaginable,” quipped a health expert, Dr AP Singh.

According to the official figures, the average daily virus deaths remained below five between December 28 last year and March 14 this year.

The comparative figures of the first wave showed that the daily average casualties due to the virus touched the highest tally of 12 between August 24-30 and September 14-20 last year.