Removal of concrete around trees 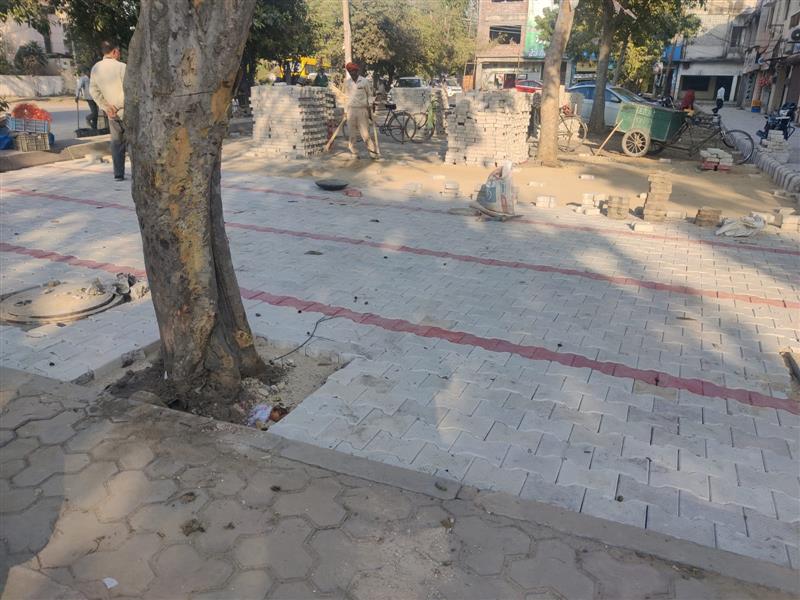 A local court has ordered to seek assistance of the Divisional Forest Officer (DFO), Ludhiana, for the effective implementation of the NGT orders regarding the removal of interlocking tiles or concrete within one-meter radius of the trees.

A local court has ordered to seek assistance of the Divisional Forest Officer (DFO), Ludhiana, for the effective implementation of the NGT orders regarding the removal of interlocking tiles or concrete within one-meter radius of the trees.

The hearing in the execution application as directed and forwarded by the NGT to the district courts in regard to removal of concrete around trees was held in the Court of Civil Judge (Senior Division), Harsimranjit Singh on February 22.

During the hearing, Ludhiana Improvement Trust Chairman Raman Bala Subramanyam pleaded to the court that the assistance of the DFO, Ludhiana, may kindly be sought for identifying trees in the entire city to ensure removal of concrete/interlocking tiles within one-meter radius of the trees.

The court then directed that since trees on the roadsides are being numbered by the Forest Department, this court deem it appropriate to seek the assistance of the DFO, Ludhiana, for effective implementation of the order of the NGT. As such, report be called from the DFO regarding the number of trees which are existing in the city to ensure that concrete/interlocking tiles within one-meter radius of the trees are removed forthwith, it said.

Notably, the court had earlier ordered the MC, LIT and GLADA to ensure compliance with the NGT orders. On Tuesday, petitioner Kapil Dev moved an application that the MC and the LIT have been disobeying the directions of the NGT.

He alleged that both departments continued to install interlocking tiles by defying the NGT orders even after February 1, 2022. The petitioner has further requested the court that both respondents might be directed to deposit Rs 10 crore as security deposits which would stand forfeited if they fail to obey directions of law in a fixed interval of time.

After hearing the plea of the petitioner, the court directed that at the cost of repetition, the MC, LIT and GLADA are directed to ensure meticulous compliance of the NGT directions in pending as well as further projects/works. The court further directed the civic body and the LIT to submit the reply on the next date of hearing.