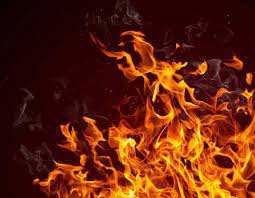 Seven members of a family at Jhabewal village near Jamalpur suffered burn injuries due to a leakage in a LPG cylinder this morning. The injured include a couple and their five children. They were taken to the Civil Hospital for treatment but later referred to Rajindra Hospital, Patiala.

The injured are migrants and were living in a vehra (common place where migrants live together). The family had forgotten to switch off the gas stove on Friday night after preparing food due to which the incident occurred. Around 3 am on Saturday morning when one of them switched on the light, a fire broke out due to the LPG leakage which injured the family members, many of whom were still sleeping. The neighbours rushed to the spot and shifted themto the Civil Hospital.