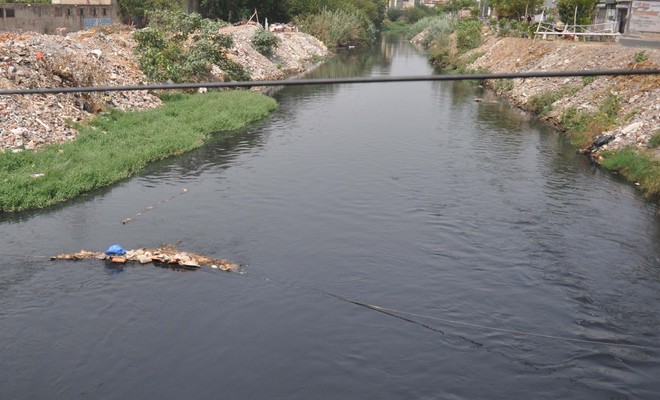 The activists demanded all information regarding the Rs 650-crore “Rejuvenation of Buddha Nullah project”. They also demanded that all common effluent treatment plants (CETPs) should be made functional by March 31.

Gurpreet Singh Chandbaja, convener, Naroa Punjab Manch, said, “The Rejuvenation of Buddha Nullah project is the most important environmental project for the state of Punjab in decades, as Buddha Nullah pollutes the drinking water source of millions of people. The three CETPs of dyeing industry have been marred by very long delays. Their construction and full operationalisation is awaited for a very long time and we have lost count how many times their deadlines have been extended.”

He said, “We have come to know of things like delays due to electricity connection not being given in one of the CETPs. We want that the CETPs should be made operational by March 31.”

An environmental activist Jaskirat Singh said, “We want that residents of South Punjab and Rajasthan should stop getting untreated effluents mixed with drinking water via Buddha Nullah and Sutlej as soon as possible and no lethargy should be allowed any further from any side. The government had earlier organised an event at Guru Nanak Bhawan a few months ago where senior officials had given a detailed presentation. Our complaint is that no such presentations or official documents related to this project have been shared with the civil society or made public till date. The official documents related to the project must be shared with the civil society or made public. We want complete transparency in all aspects of the project. All informative and other documents related to this project should be placed in public domain at the earliest.”

Kuldeep Singh Khaira of the Vigilant Citizens Forum, Ludhiana, said, “We request the panel chairman to issue directions to the PPCB and Municipal Corporation Ludhiana to strictly adhere to the guidelines and there should be no dairy within the city boundaries or within 500m of a river like Buddha Dariya. All updates and documents regarding the project should be shared in the public domain and the authorities must ensure transparency in the project.”