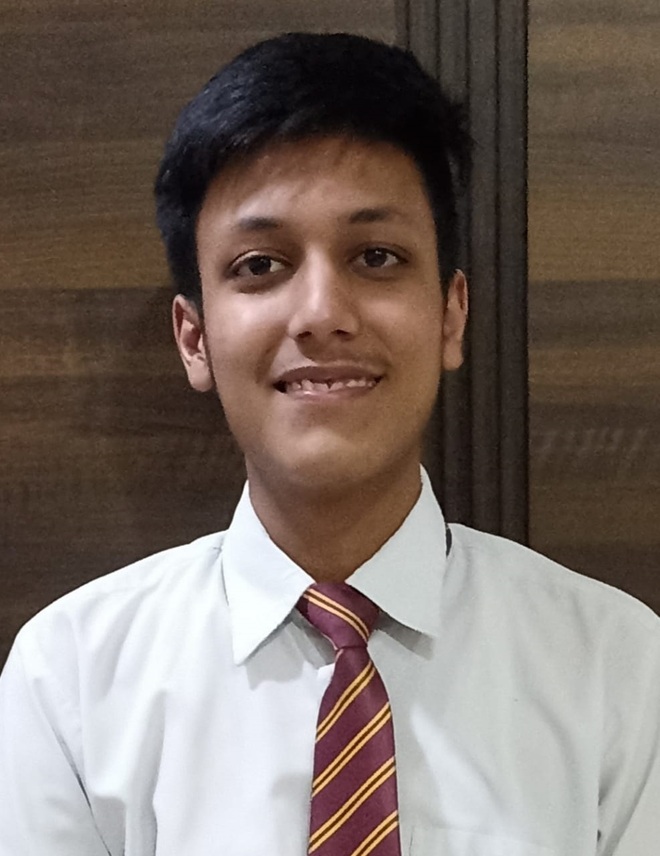 The Central Board of Secondary Education (CBSE) has declared Class X results today and most of the students have passed the examinations, scoring good marks.

Shivam Gupta of Kundan Vidya Mandir (KVM), here, has topped the district by scoring 99.6 per cent marks. Keen to be a computer engineer from the IIT, Shivam studies on a regular basis but sitting hours are not that prolonged. As his mother says: “He studies in a relaxed manner and remains always focused and dedicated.”

His father Deepak Gupta is a businessman while mother Ruchika is a homemaker. The proud mother said: “He loves cricket and plays the game with his friends. Besides, he has recently got the 4th rank in the state in the NTSE. In Ludhiana district, he bagged the top spot.”

Shivam said his school principal and teachers were too helpful whenever any kind of assistance was required. His class teacher motivates him to always do better in life.

Besides, Harman Khatra and Jhanvi of the KVM school and Sukhmanpreet Kaur from Guru Nanak Public School have scored 99.2 per cent marks in Class X.

Jhanvi of Kundan Vidya Mandir is now pursuing Class XI (medical). A resident of Krishna Nagar, she wants to be a surgeon.

She says:” We should be consistent and work hard.”

Since no board exams were held this year due to Covid-19, the results are compiled by the schools on the basis of performance of students in all internal exams.

“Everything was done internally by the schoolteachers. The schools would provide maximum marks to their students. Results are compiled on the basis of those marks,” said the principal of a school, wishing not to be quoted.

She added that hardly there would be any student who would not be passed. In fact, all students must have got marks beyond their imagination, said the principal.

While there was a improvement in the passing percentage as compared to the last year as over 17,000 students across the country had been placed under the compartment category. These students would appear in an offline exam on August 16, the CBSE said.

Since the schools are opened now, many of the students got to know about the results at their schools only. Nitya, a student of Class X, said she had taken the mobile in school and when she got to know that she had scored 87 per cent marks, she immediately texted her parents to break the news since they were not aware about her roll number. The students looked happy and excited after declaration of the results.

Sanyam Agrawal of Sri Guru Gobind Singh Collegiate Public School, Sector 26, Chandigarh, scored 100 marks in four subjects – English, mathematics, science and social science. His marks in main five subjects are 499 out of 500, which translates to 99.8 per cent. He has scored a 100 per cent in the best of five subjects, which included 100 marks in information technology, an additional subject. He also has a YouTube channel, Learn with Sanyam, having 8,000 subscribers. The son of Rakesh Agrawal, who is the Commissioner of Police, Ludhiana, he has taught many unprivileged students from Class VIII. Sanyam has been associated with NGOs that offer help to the needy. He draws inspiration from his father and has his own way of serving the community. Sharing his examination strategy, he said he used to makes his own notes from NCERT books.