Six arrested for planning loot in city : The Tribune India 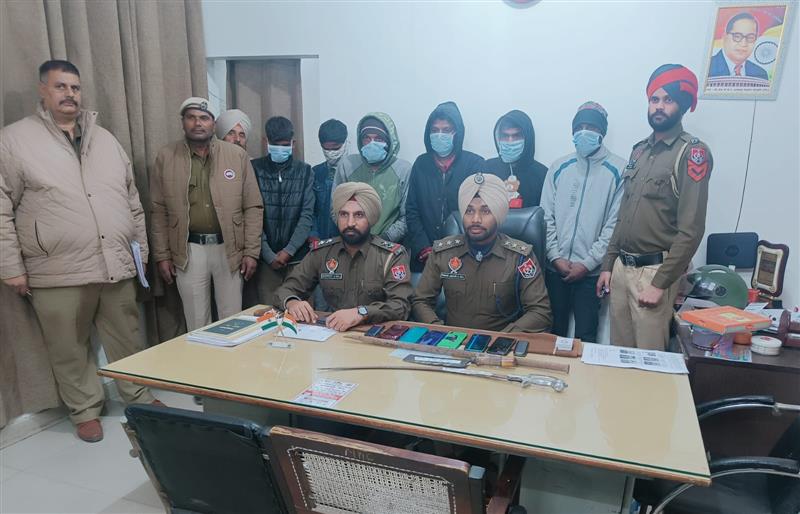 ASI Sahib Kumar claimed that the police got an information that the six suspects were making a loot plan in a vacant plot of Transport Nagar.

Two sharp weapons and three mobile phones were seized from their possession, he said.

The suspects were identified as Ravinder Singh Bedi, Pardeep Singh, Prem Singh, Arun Kumar, Jatinder Chauhan and Mukesh Kumar. A case under Sections 399 and 402 of the Indian Penal Code (IPC) was registered at the Moti Nagar police station against them.