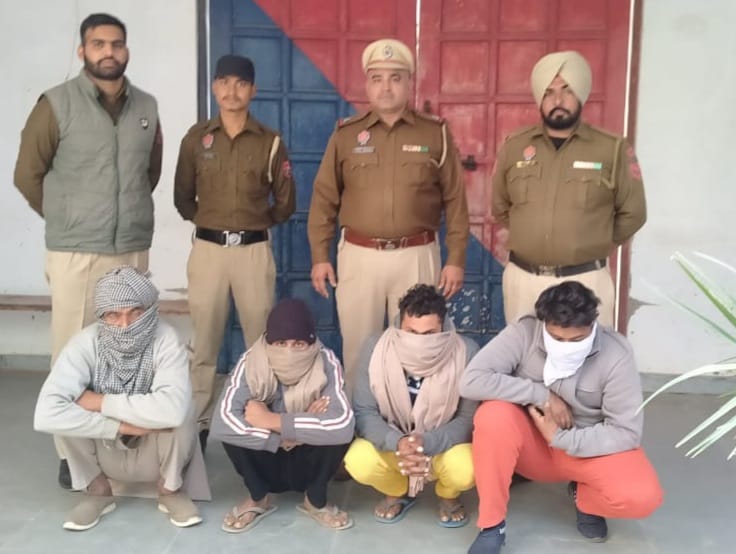 Four of the arrested accused in Raikot. Tribune photo

The Ludhiana rural police claimed to have arrested six persons who had been involved in illegal trafficking of drugs and illicit liquor.

Five cases of illicit liquor containing 12 bottles each, 6 gm of heroin and two two-wheelers used in crime were seized from the accused arrested from separate places on Monday.

SSP, Ludhiana (Rural), said police officials, supervised by Raikot DSP Rajwinder Singh Randhawa, had apprehended Ranjit, Manjit, Navjot and Chamkaur after registering a case under the NDPS Act at the Raikot Sadar police station against them on Monday evening. A motorcycle used in crime and 6 gm of heroin were recovered from them.

Deepu and Manga were arrested by the Jodhan police, led by Gurmit Singh, during a naka at Dolon Kalan Link Road on Monday evening. The duo was earlier booked under the Excise Act on the basis of a tip-off and were found carrying five cases of illicit liquor. Probe revealed that the duo had been involved in selling smuggled liquor to farm workers staying at colonies near brick-kilns of nearby areas. — OC