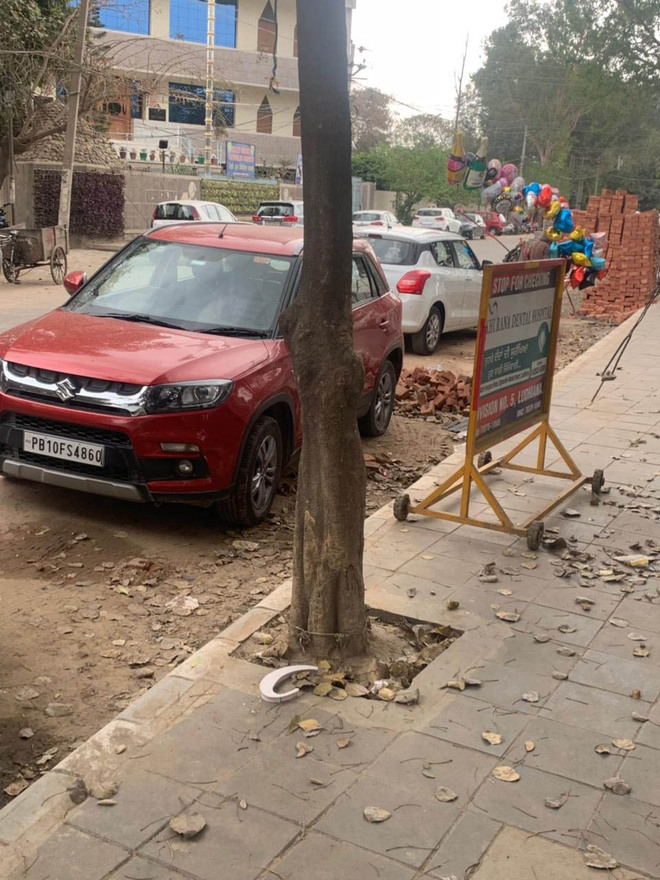 Tiles installed around trees at Sarabha Nagar Market in Ludhiana.

The Council of Engineers, an NGO, has sent a complaint to the secretary of Ministry of Housing and Urban Affairs against Ludhiana Smart City Limited for allegedly causing damage to environment by fixing solid inter-locking tiles/granite/cement concrete within 1metre radius of the existing trees in Ludhiana.

Kapil Arora of the council said that the roots of trees were being damaged as the tiles or concrete work was done around trees on Malhar Road and Sarabha Nagar market where projects under the Smart City Mission were under way. He demanded from the secretary that the directions should be issued to the state-level high powered steering committee (HPSC) chaired by the Chief Secretary of Punjab as well as Ludhiana Smart City Ltd to leave 1m space around trees coming under all Smart City projects.

Meanwhile, Superintending Engineer of the Municipal Corporation, Rahul Gagneja, who is looking after the Smart city mission projects, has denied the allegations. He said all works had been done as per the norms. There is no violation, he added.