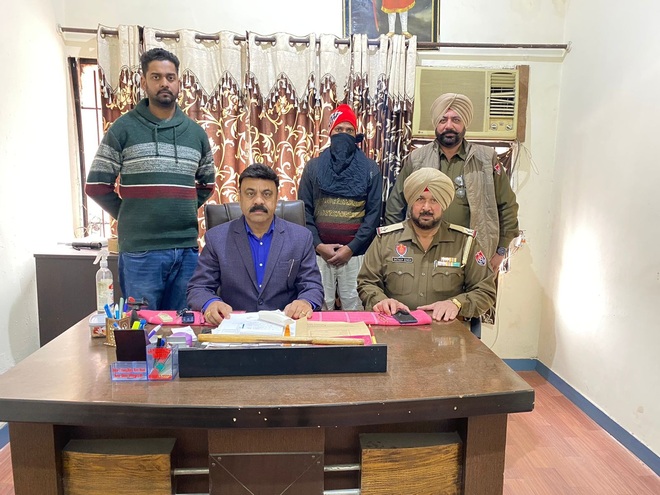 The anti-narcotic cell of the Ludhiana police nabbed a smuggler and recovered 10 kg of ganja from his possession.

A case under the NDPS Act has been registered against the smuggler on Wednesday. The accused has been identified as Manohar Lal, resident of 33 Feet Road, Jamalpur.

In-charge, anti-narcotic cell, Inspector Rajesh Kumar said secret information was received that the smuggler was on his way to deliver a huge consignment of narcotics to his clients. Accordingly a police party laid a naka at a strategic place, where after intercepting the accused, he was arrested. During the checking of his belongings, narcotics were recovered.

During preliminary questioning, the accused admitted that he had bought the ganja from some migrant person living on the Bhamian road. Inspector Rajesh said the police would identify the main supplier in the case and he would also be arrested.

Manohar Lal has a notorious past as he has already been facing a criminal case registered in the past in Ludhiana.

“We will seek police remand of the accused so that the entire supply line of drugs could be busted and more smugglers can be nabbed,” Inspector Rajesh said.