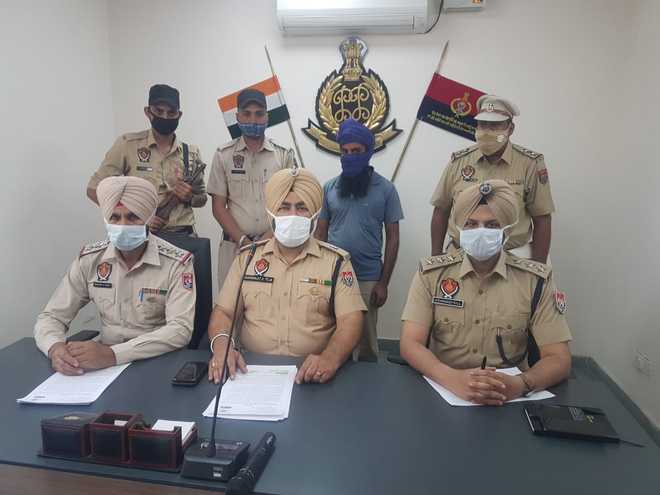 ADCP Jaskiranjit Singh Teja addresses a press conference after the arrest of the smuggler in Ludhiana on Saturday. Tribune photo

The city police arrested a drug smuggler and recovered 150-kg poppy husk and 150-gram opium from him.

The accused has been identified as Baljit Singh alias Bhutto, a resident of Sidhwan village in Gurdaspur.

ADCP Teja said a secret information was received that the accused was on his way to deliver a huge consignment of poppy husk to his clients.

Based on the tip-off, the police party set up a naka on Lehra Road where the accused was intercepted. During the search, a big bag full of poppy husk was recovered from him. The police also recovered 150 gram of opium from his possession.

During his questioning, he revealed that he was a truck driver and had been smuggling poppy husk for a long time. The accused also revealed that he had brought opium from some big supplier of Jharkhand which he has to supply to his clients in Ludhiana.

The ADCP said the police remand of the accused would be sought for the further interrogation so that entire supply line could be busted and more recoveries could be made.