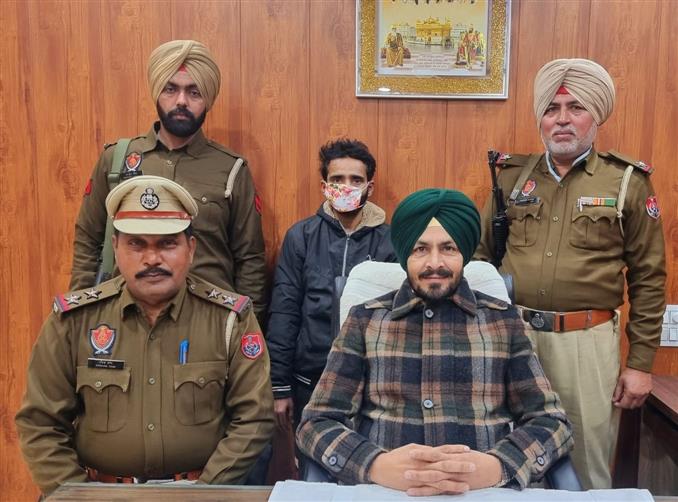 The Special Task Force of the Ludhiana police nabbed a smuggler and recovered 100 gram of heroin, Rs 54,000 drug money and a car from him.

A case under the NDPS Act was today registered against the smuggler, identified as Nasim Safi (37), alias Billa, resident of Harjap Nagar.

In-charge, STF, Inspector Harbans Singh said secret information was received that the smuggler was on the way to Ludhiana from Jalandhar to deliver heroin. Accordingly the STF team laid a naka at the Ladhowal chowk, where the car being driven by Nasim Safi was stopped. The heroin and drug money was recovered from beneath the driver seat.

During preliminary questioning, Nasim Safi told the police that he had been into drug smuggling for a long time and also had a notorious past as several cases of drug smuggling were already registered against him. Even in one of the smuggling cases, he had also been convicted and remained in jail for a long time.

Nasim Safi confessed that he used to bring heroin from some big heroin smuggler, Vicky, resident of Amritsar.

Inspector Harbans said police remand of the smuggler would be sought to bust the entire drug supply line.