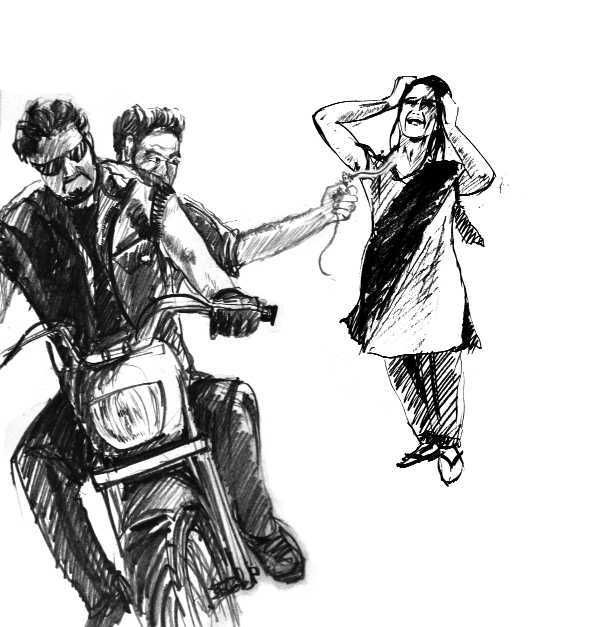 Two bike-borne snatchers fired at a woman in New Moti Nagar here yesterday. The woman, however, escaped any injury in the incident, but the miscreants managed to take away her gold chain.

Complainant Narinder Kaur of Dugri told the police that on October 15 she, along with her daughter Harpreet Kaur, was returning home after buying milk from market. Her daughter was riding Activa scooter while she was riding pillion.

When we reached near the Sikh Missionary gurdwara in Sector 39, the two men stopped their motorcycle in front of our scooter. They pointed a gun at us and told us to hand over the cash and other valuables to them. When I protested, they fired in the air. As I got frightened, they suddenly pounced on me and snatched my gold chain. They also hurled abuses at me, the woman alleged.

The victim said when the snatchers were about to flee, she brought a brick and started chasing the snatchers. One of the snatchers then fired at her from a close range, but she didn’t suffer any bullet injury.

Investigation officer Anil Kumar said a case of attempt to murder and another under the Arms Act had been registered against the two unknown robbers and the CCTV cameras of the areas were being scanned to get clues about the accused.