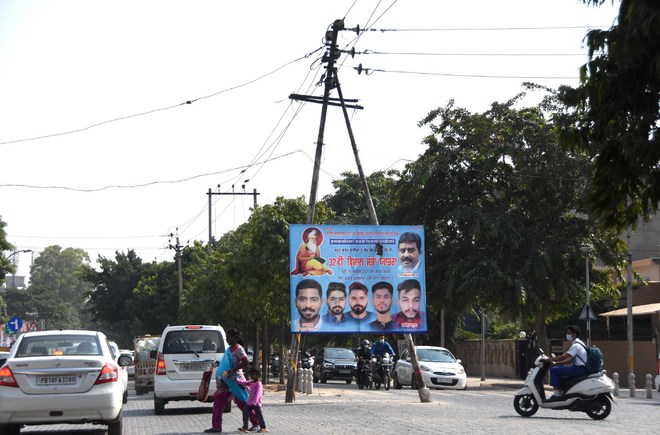 The electricity towers and poles on Ferozepur Road and Malhar Road are not only causing obstructions in the smooth flow of traffic but also giving an open invitation to mishaps.

The Elevated Road project of the National Highways Authority of India (NHAI) is underway on Ferozepur Road, while Ludhiana Smart City Limited’s smart street project is going on at Malhar Road here. The questions are being raised over the role of the departments concerned for delaying the shifting of such poles.

A road safety activist, Rahul Verma, said the work to shift the electricity towers is being delayed on Ferozepur Road even when the shifting charges were deposited to Punjab State Power Corporation Limited (PSPCL) by the department concerned more than a year ago. “Such towers are open invitations to fatal mishaps. These should be shifted at the earliest to ensure the safety of the commuters,” he added.

Verma also questioned the delay in shifting of electricity poles from Malhar Road where he said the poles are causing mishaps.

A shopkeeper on Malhar Road said, “The smart street project is underway and after reduction of the centre verge, the electricity poles on-road portion are posing threat to the commuters. Ludhiana Smart City Limited, MC and PSPCL must take necessary steps to get these poles shifted without any further delay.”

Chief Engineer, PSPCL, Bhupinder Khosla said they are going to carry out work regarding the shifting of the power line on Ferozepur Road on Saturday. He, however, said they have no concern regarding poles on Malhar Road. He said Superintending Engineer of MC Rahul Gagneja is looking after the Malhar Road project.

Commissioner, MC, Pardeep Kumar Sabharwal said they would get the poles shifted on Malhar Road once the required process is completed in this regard.