Once identified, encroachments along Buddha Nullah will be removed, says MC chief 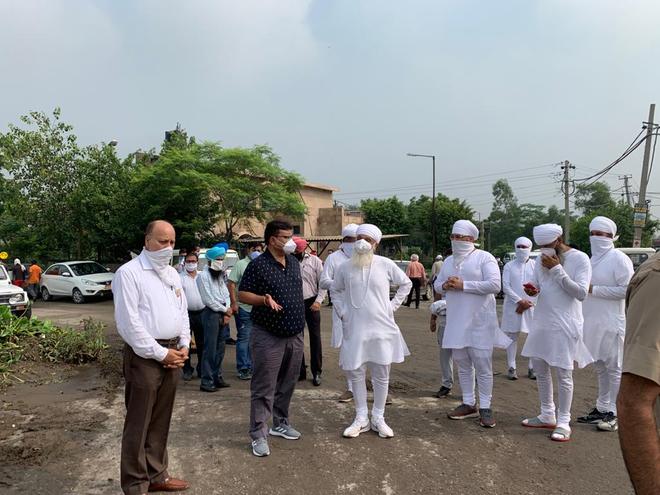 STF chief Satguru Uday Singh, Municipal Commissioner Pardeep Kumar Sabharwal and other officials at a site along the Buddha Nullah in Ludhiana on Thursday. Tribune Photo

The Municipal Corporation has started the demarcation of Buddha Nullah for removing encroachments. A number of encroachments have allegedly come up alongside the nullah.

Chairman of Special Task Force (STF) for Buddha Nullah Satguru Uday Singh (head of Namdhari Sect) inspected the ongoing demarcation work on the nullah today. He also held a meeting with officials of various departments, including the MC and the Punjab Pollution Control Board (PPCB). Municipal Commissioner Pardeep Kumar Sabharwal was also present.

During the inspection, the MC chief also noticed a number of dairies located on Bhamian Road outside the MC jurisdiction. The PPCB officials have been asked to conduct a survey of these dairies. An official said the waste from these dairies was released into nullah.

A review meeting regarding the rejuvenation of Buddha Nullah project is scheduled for July 20 in Chandigarh. The MLAs of those constituencies from where the nullah passes through are expected to attend the meeting.