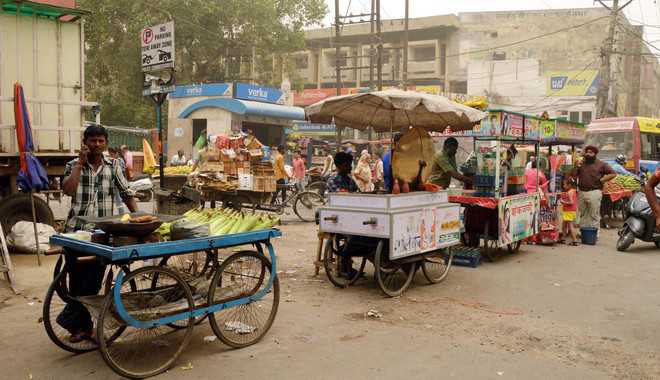 Members of the Rehri Phari Federation, Ludhiana, and the National Association of Street Vendors of India have urged the Ludhiana Municipal Corporation (MC) to first set up vending zones instead of taking action against them.

Tiger Singh, president, Rehri Phari Federation, Ludhiana, said they met the police commissioner and MC Commissioner and requested them not to take any action against the vendors till the vending zones are not set up.

He said a number of street vendors have faced harassment as their carts were being removed from different areas. It is the responsibility of the civic body to provide a designated space for them.

“The vendors have taken loan under a central government scheme. If their carts are removed from streets without setting up the vending zones, how will they earn and return the loan amount? We appeal to the MC and the police not to take action against the vendors at present. All registered vendors should be shifted to the vending zones first,” he said.

Mayor Balkar Singh Sandhu said he had given instructions to Tehbazari head Neeraj Jain for shifting the vendors to the identified sites for vending zones. Till, toilet and water facility is not made available, no fee will be collected from them. — TNS