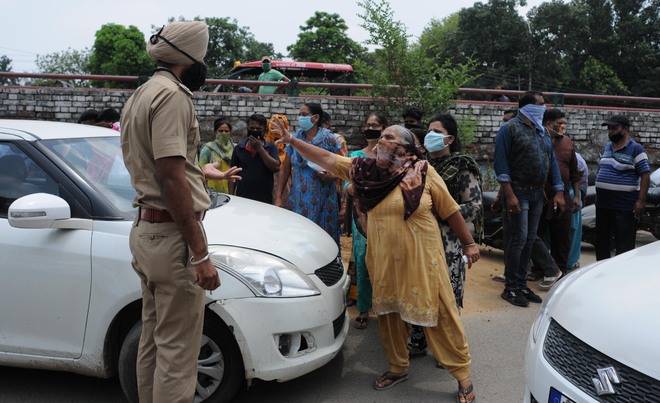 Women stage a protest near the Division 5 station alleging false implication of a boy, on Tuesday. Photo: Ashwani Dhiman

After the Division 5 police registered an abetment-to-suicide case against Rohit, a resident of the Tibba Road area, his kin today held a protest outside the police station alleging registration of a fake case.

Palak (19), who had gone missing on June 23, was found dead in a canal at Issewal Bridge on June 26. An abetment-to-suicide case under section 306 of the IPC was registered against the boy after the girl’s family staged a protest accusing the Division 5 police of tardy action in the case.

The girl’s family had alleged that the boy had kidnapped the girl on June 23 and two days after she was found dead in the canal.

Rohit’s family alleged that the boy was innocent as the girl had committed suicide. — TNS