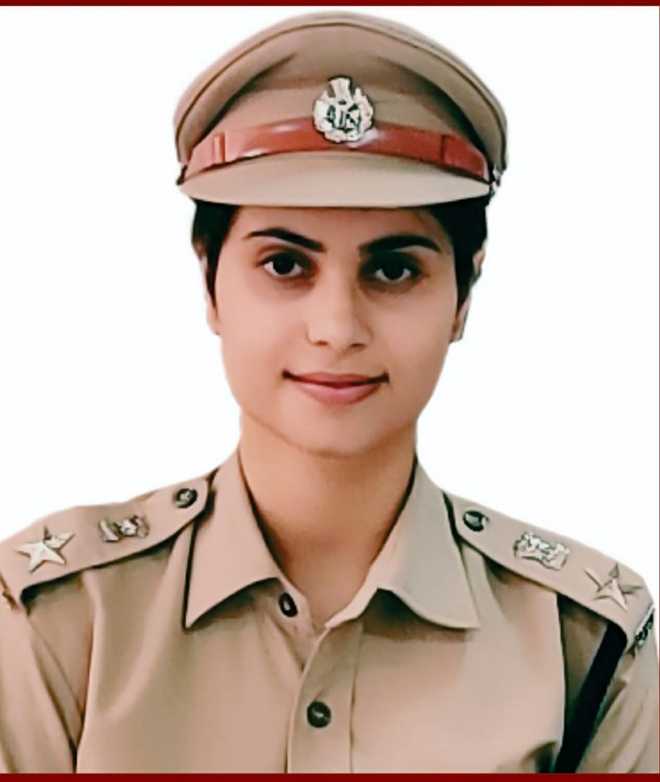 A 2016-batch Indian Revenue Service (IRS) officer of the Central Goods and Service Tax (CGST) Commissionerate in Ludhiana has been credited with making the highest number of arrests in the GST fraud cases in the country.

This young woman Deputy Commissioner of the anti-evasion wing, Tanya Bains, has arrested 18 fraudsters in six cases of fake invoices worth Rs 1599.91 crore in which the state exchequer had suffered a loss of Rs 191.94 crore.

Acknowledging her exceptional contribution and promotion of excellence in the GST-related matters, she was awarded the commendation certificate by Union Finance Minister Nirmala Sitharaman recently. She was the only officer from the entire Chandigarh zone, comprising Chandigarh, Punjab, Himachal Pradesh and Jammu and Kashmir, who was honoured on the fourth GST Day.

It was in November 2020, when, as per the directions of the Central Board of Indirect Taxes & Customs (CBIC) Chairman, the CGST DC had launched a special drive against fake invoices. She detected fake invoices worth Rs 1599.91 crore in six cases, wherein Rs 191.94 crore of fake ITC (input tax credit) was claimed. In these six cases, 18 persons, including a Chartered Accountant, were arrested.

She argued the case against India’s former Attorney General and former Solicitor General of India Mukul Rohtagi, resulting in the High Court order wherein interim relief was denied to the petitioner. This was a landmark judgment against grant of interim relief to fraudsters under GST laws having pan India ramifications.

She not only laid emphasis on her informer building sources, data gathering and analysis through BIFA (Business intelligence and fraud analytics) and NETRA (Network exploration tool for revenue augmentation) tools, e-way bill portal, but also defended the cases in the Supreme and High Courts.

Her efforts led to revenue recovery of Rs 33.26 crore in these cases.

She prepared the prosecution in a bogus billing case worth Rs 158 crore, in which six persons, including a Chartered Accountant and the mastermind, were arrested.

It was the first prosecution filed by the Deputy Commissioner in the entire zone in the bogus billing cases.

“She never hesitates in leading from the front even at odd hours and does not let gender become an obstruction to the execution of her official duties,” recalls one of her senior colleagues.

In one such operation, Tanya led the search team, consisting of 16 male staffers, from Ludhiana to Noida late in the night. The operation began early next morning and lasted for about 16 hours in Noida and culminated in the arrest of the mastermind, who was responsible for running a fake invoice racket worth Rs 158 crore. A recovery of Rs 2 crore was also made in this case.

Being the nodal officer for e-way bill data analysis in the zone, she led her team during late hours in the evening to intercept a container carrying wrongly declared goods. Rs 45.82 lakh was recovered in this case.

She was also the nodal officer in-charge for NETRA tool and was proficient at BIFA tool.

Besides, her data mining skills had helped in expediting the process of analysis of supply chain in the refund claims, following which fraudulent refunds of over Rs 2 crore had been prevented from being sanctioned.

The CGST DC also launched the digitisation of all live cases, resulting in expeditious disposal of issues even during Covid restrictions. So far, 10,000 pages have been digitised in the ongoing investigations.

“Her contribution has led to significant GST revenue collection, fraud deterrence and fresh contours in the legal landscape of GST in the country,” the department noted, while acknowledging her services.

Acknowledging her exceptional contribution and promotion of excellence in the GST-related matters, Deputy Commissioner of the anti-evasion wing, Tanya Bains, was awarded the commendation certificate by Union Finance Minister Nirmala Sitharaman recently.