Third eye to keep vigil on Dasehra in Ludhiana 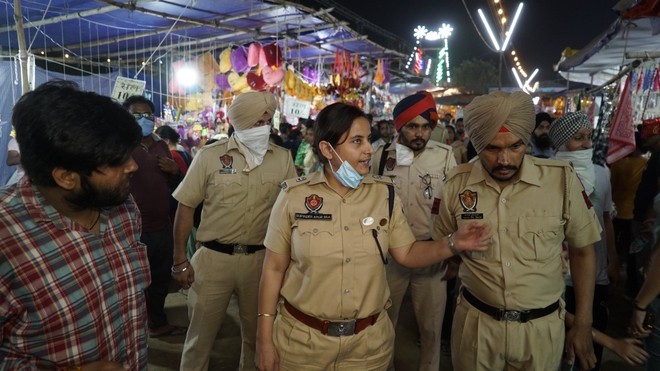 To ensure safe Dasehra celebrations, the Ludhiana police are also relying on CCTV cameras which will keep a watch over anti-social elements.

The Vardhman Dasehra ground (also known as GLADA ground) and the Daresi Dasehra ground are two places in the Industrial hub which are visited by thousands of residents to celebrate the festival.

ADCP 4 Rupinder Kaur Sra said besides from the physical presence of police officials at the Vardhman Dasehra ground on the Chandigarh road, now, the police are relying on the third eye as well.

“We have installed 28 high-resolution CCTV cameras in and around the Dasehra ground and a special control room has been set up there where the police will keep a watch over anti-social elements 24x7. The control room has already been made functional,” the ADCP said.

Control room officials will also deal with complaints regarding missing children, pick-pocketing, missing articles and other issues. Cops in civvies have also been deployed to keep a check over criminals, said Sra.

The ADCP said the Dasehra committee had also been asked to deploy their private security guards for the safety and security of visitors.

Today, ADCP visited stalls and interacted with the public. She also inspected the control room and other arrangements along with Moti Nagar SHO SI Vijay Kumar.

ADCP 1 Pragya Jain said as many as 13 high-quality cameras have been installed in and around the Daresi ground. Besides, help of Smart City cameras was also being taken to keep a watch over criminal elements.

Jain said the police would also ensure that people do not resort to haphazard parking on roads around the Dasehra ground which cause traffic jam.

“We also seek support of people to maintain law and order during the celebrations. If anyone notice anything suspicious, they should immediately inform the police,” she said.