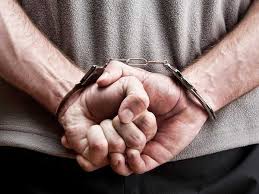 The police have booked three persons Makhan, Roshan and Raju, a tea vendor, along with their unidentified accomplices, for an alleged attack, trespassing, criminal intimidation and loot under Sections 379-B(2), 452, 323, 506, 148 and 149 of the IPC on the complaint of Hari Shankar Choudhry, a vegetable seller in Sabzi Mandi, Sherpur Kalan.

The complainant reported to the police that on the night of January 13, he and his co-worker Gobind were doing the accounts and counting cash in their office inside the shop after closing the shop for the public when the accused barged in and attacked both of them. They snatched around Rs 30,000 to Rs 35,000 and Rs 12,000 to Rs 15,000 in cash from his pockets.

“When Gobind came to rescue me, he was also beaten up by the assailants and Rs 13,000 to Rs 18,000 in cash was snatched from him. As we raised an alarm, people started gathering on the spot after which the accused fled the spot while threatening us,” the complainant said.