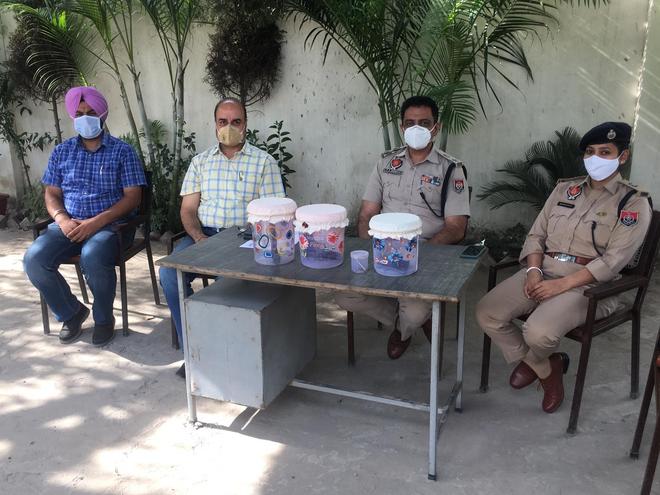 The Crime Branch wing of the city police arrested three notorious persons and recovered illegal weapons from them.

The DCP said a police party was present in Sunet where a tip-off was received that the accused were roaming in the city and they were carrying illegal weapons.

The ACP said as per initial information, the accused were heading towards Galib Kalan from Ludhiana and they might be on the way to commit some crime.

Accordingly, the police laid a naka near Sunet where a Hyundai Verna car was stopped for checking, which led to the recovery of illegal weapons from them. Two .32 bore pistols, a .315 bore pistol and six live cartridges were recovered from the trio.

The DCP said all accused had a notorious past as they were booked by the Sangrur police in a case of attempt to commit culpable homicide in September last year. A case under Sections 25, 54 and 59 of the Arms Act has been registered against the accused.