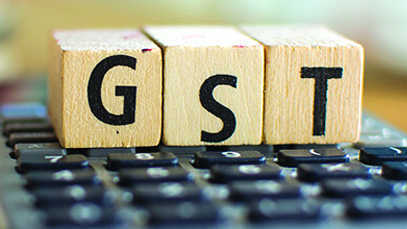 Traders, manufacturers and even political bigwigs from a few states are regularly sending representations to the Union Government not to increase GST on handloom and textiles from January 1 onwards as it would be a “blow and blunder” to industries. To protest against the proposed move, the traders and shopkeepers held a convention today.

Tarun Jain Bawa from the Bhartiya Arthik Party said time and again, respective governments were pressing the trade and industry by imposing taxes in one form or the other. GST on garment, textiles and footwear was increased earlier from 0 per cent to 5 per cent and now, from January 1, it was going to be increased to 12 per cent, which will ruin the businesses, he said.

He said corporate houses were promoted to finish the small industries.

Sonu Nilibar from the Cloth Merchant Association here said the textile and handloom sectors were providing highest employment in the country after the agriculture sector. Instead of extending incentives and required support to these sectors, the government was adamant to finish them, said Nilibar.

He said the traders and manufacturers were not happy when 5 per cent GST was imposed, now, further 7 per cent increase would cripple the industry.

The Punjab Cloth Merchants Association is regularly submitting representations to the Finance Minister and the Central Government not to levy high rates of GST (12 per cent) . More than 100 representations from all across the country have already been sent to the PMO, FM and Textile Minister.

The traders are of the view that the government would not be benefited by increasing GST. Instead, when prices of suits, sarees and readymade garments will be increased from 15-20 per cent, more people will indulge in non-billed transactions or under-invoicing.

Another meeting of leaders on the issue will be held on December 30.