Traffic disrupted as tree falls on Dugri road in Ludhiana 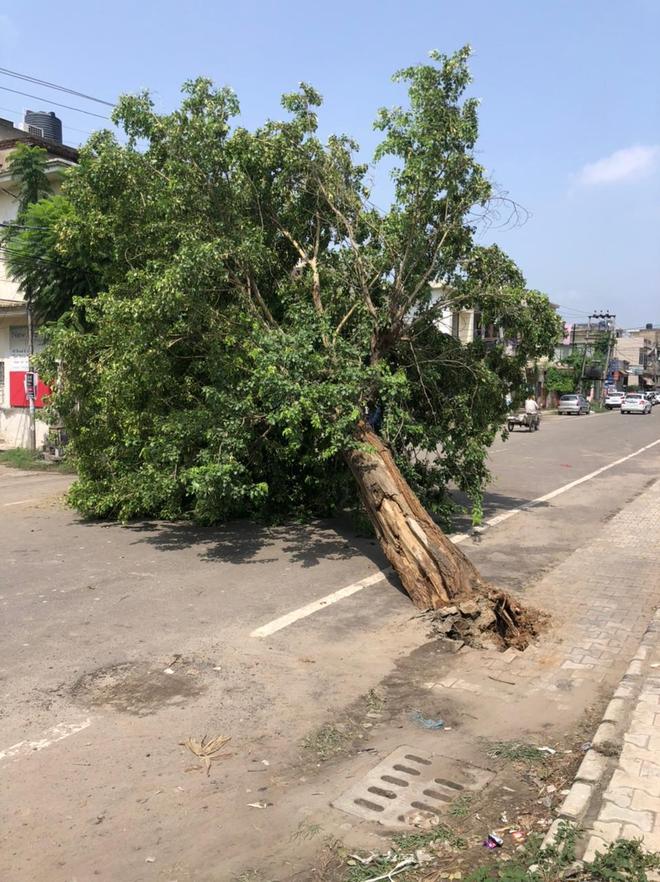 An uprooted tree on the Urban Vihar to Dugri road in Ludhiana on Wednesday. Tribune photo

A fully grown tree fell on a road connecting Urban Vihar and Dugri today due to which traffic movement got affected for some time. Kapil Arora of the Council of Engineers said interlocking tiles installed around trees by the Municipal Corporation were choking their roots.

He demanded that the orders of the NGT should be implemented to save trees in the city. An official of MC’s Horticulture wing, Kirpal Singh, said staff was sent to clear the way.

He said the tree fell on the road after rain.