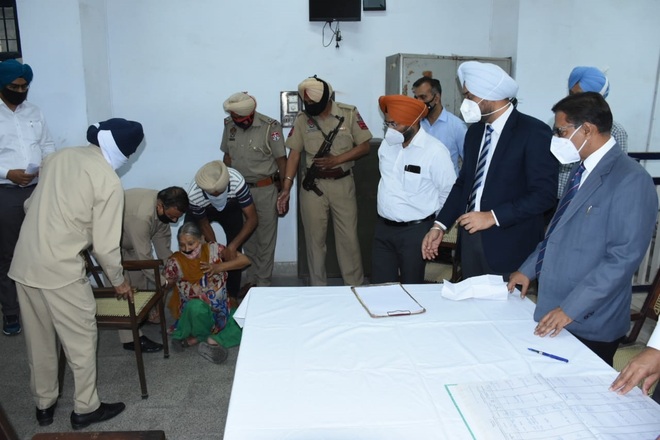 Staff help a handicapped woman during a Lok Adalat at the District Courts complex. Ashwani Dhiman

Divulging details, District Legal Services Authority chairman-cum-Secretary Prabhjot Singh Kaleka said nine benches were constituted for the special Lok Adalat in which as many as 84 cases were settled and amount worth Rs 1.27 lakh was collected. He appealed to the people to obey the traffic rules for their safety.

He said people could approach the District Legal Services Authority or the courts concerned for the settlement of cases through the Lok Adalats. The decision of Lok Adalat was the final, which could not be challenged further.

Session Judge said Lok Adalats were instrumental in saving the time and money of the people besides promoting harmony among the people.He said that the people could also get their cases resolved through the mediation centre in the District Judicial Complex.